Today the grades 4 and 5 students at Diefenbaker had another day to create their own projects using the littlebits components. Today I brought in my son’s littlebits kit so the students could try out a few different bits like a fan, long led lights and a pressure sensor.

It was interesting to watch how different groups of students went through the process of designing and testing a project. Rick noticed that some groups started with the bits and tinkered around with them until they came up with an idea while others clearly had an idea in mind and figured out what bits they needed to make it happen. Some groups were focused more on the aesthetics of the project while others were focused on the circuitry. Some students were determined to use a particular bit that was interesting to them and designed their projects around that. All the processes got to a final project of some sort and all tapped into the students’ creativity in different ways.

Some projects that were made and tested today included a campfire 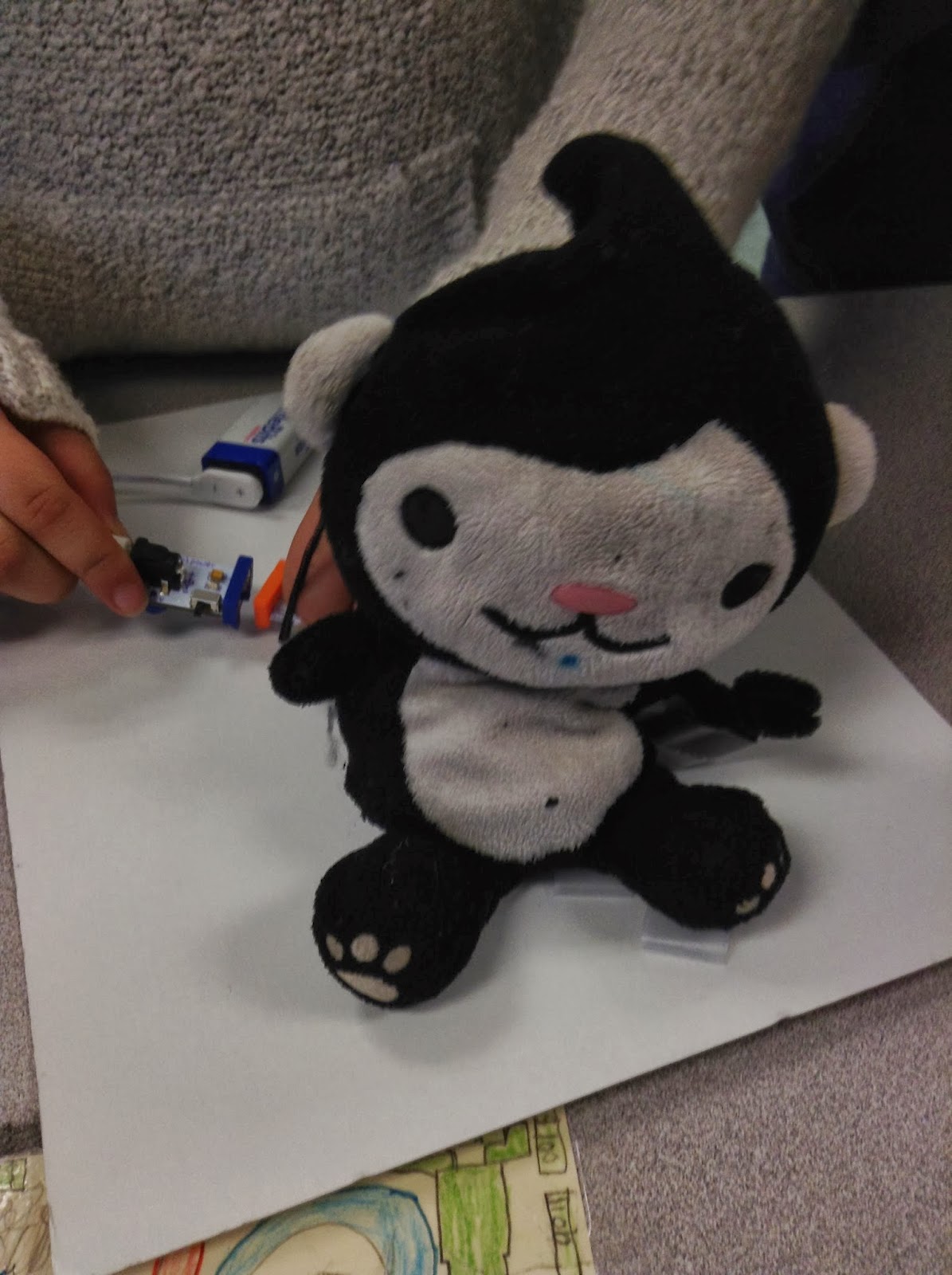 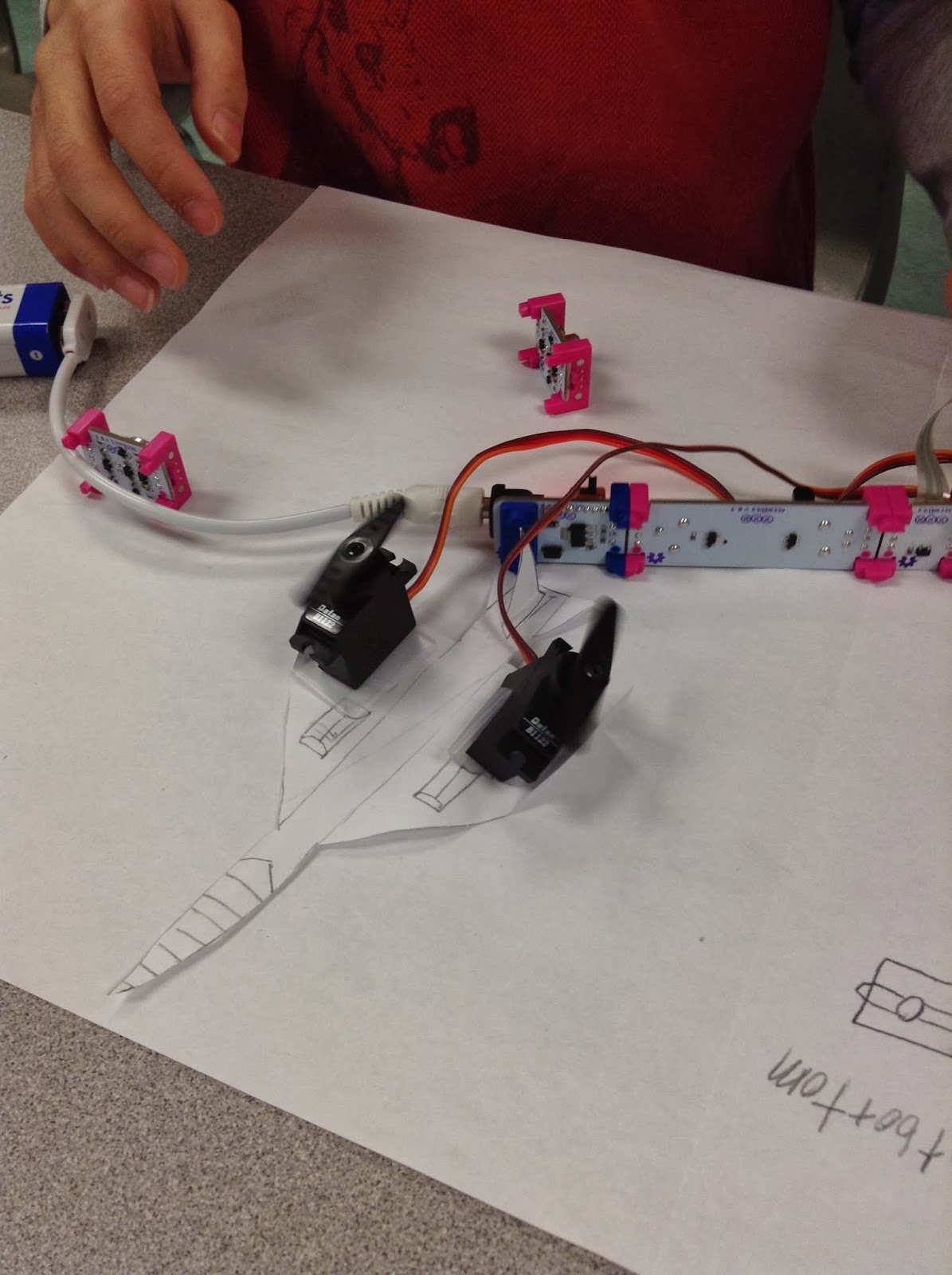 disco Miga under a disco ball 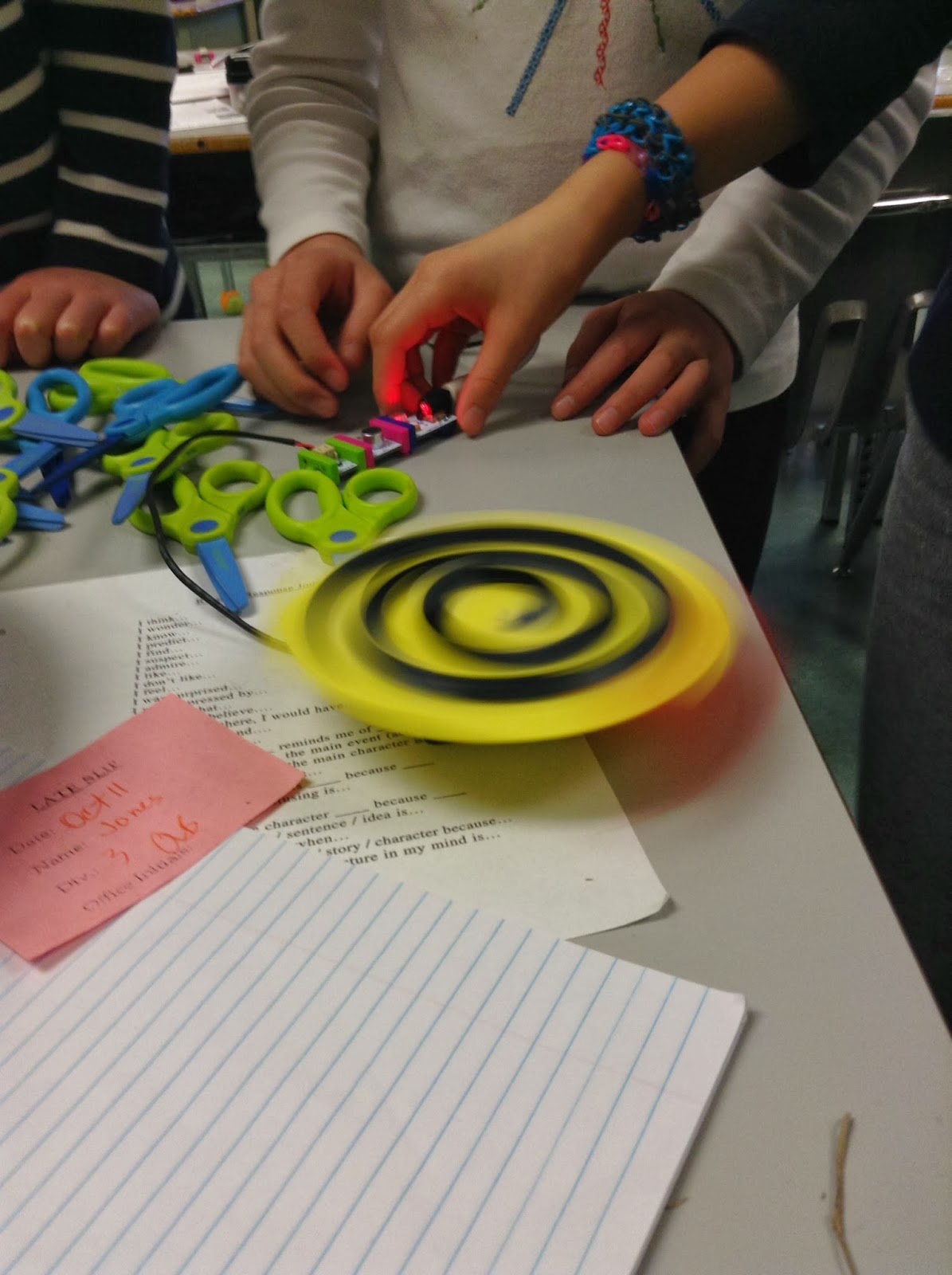 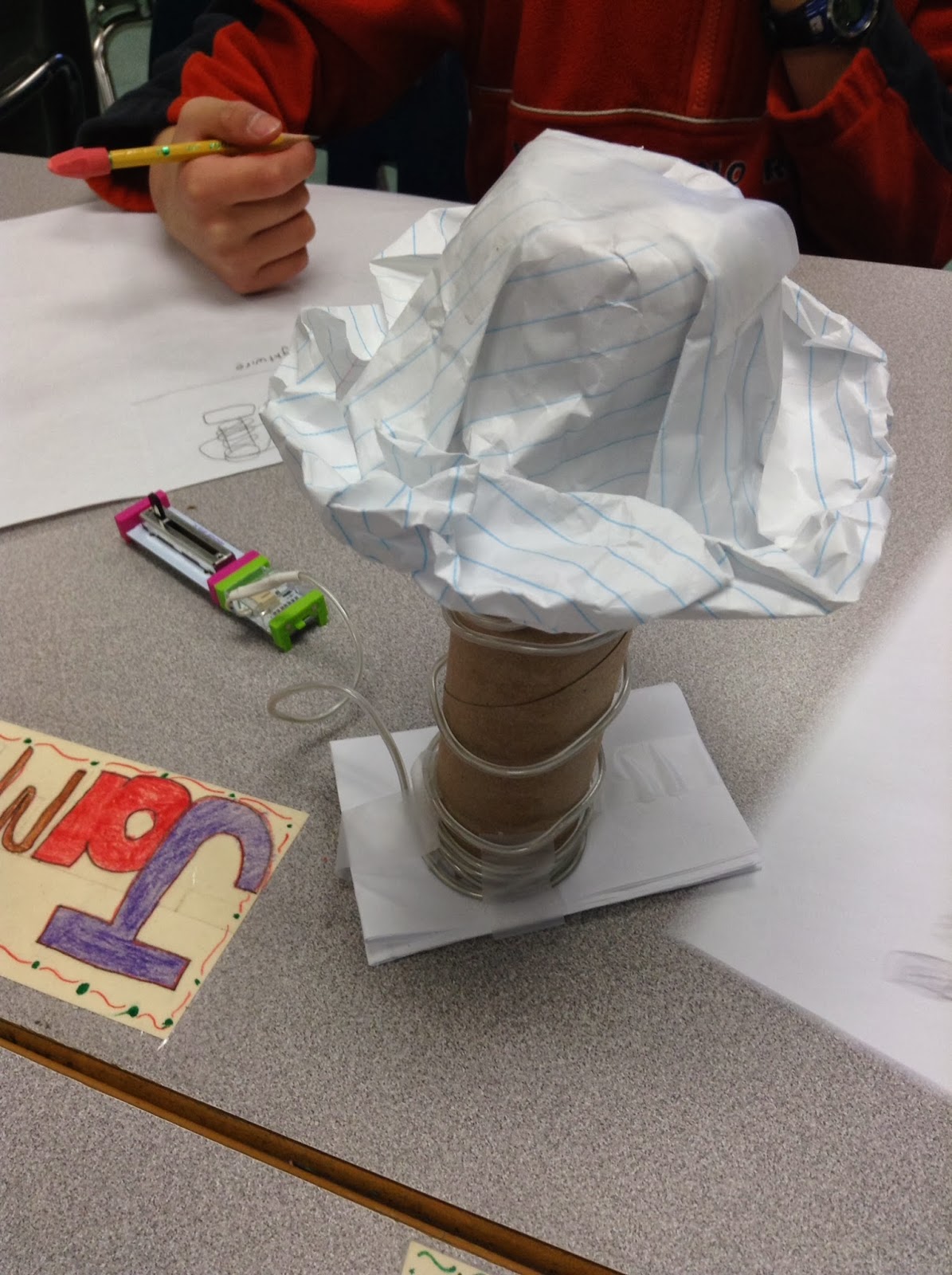 and an LED flashlight 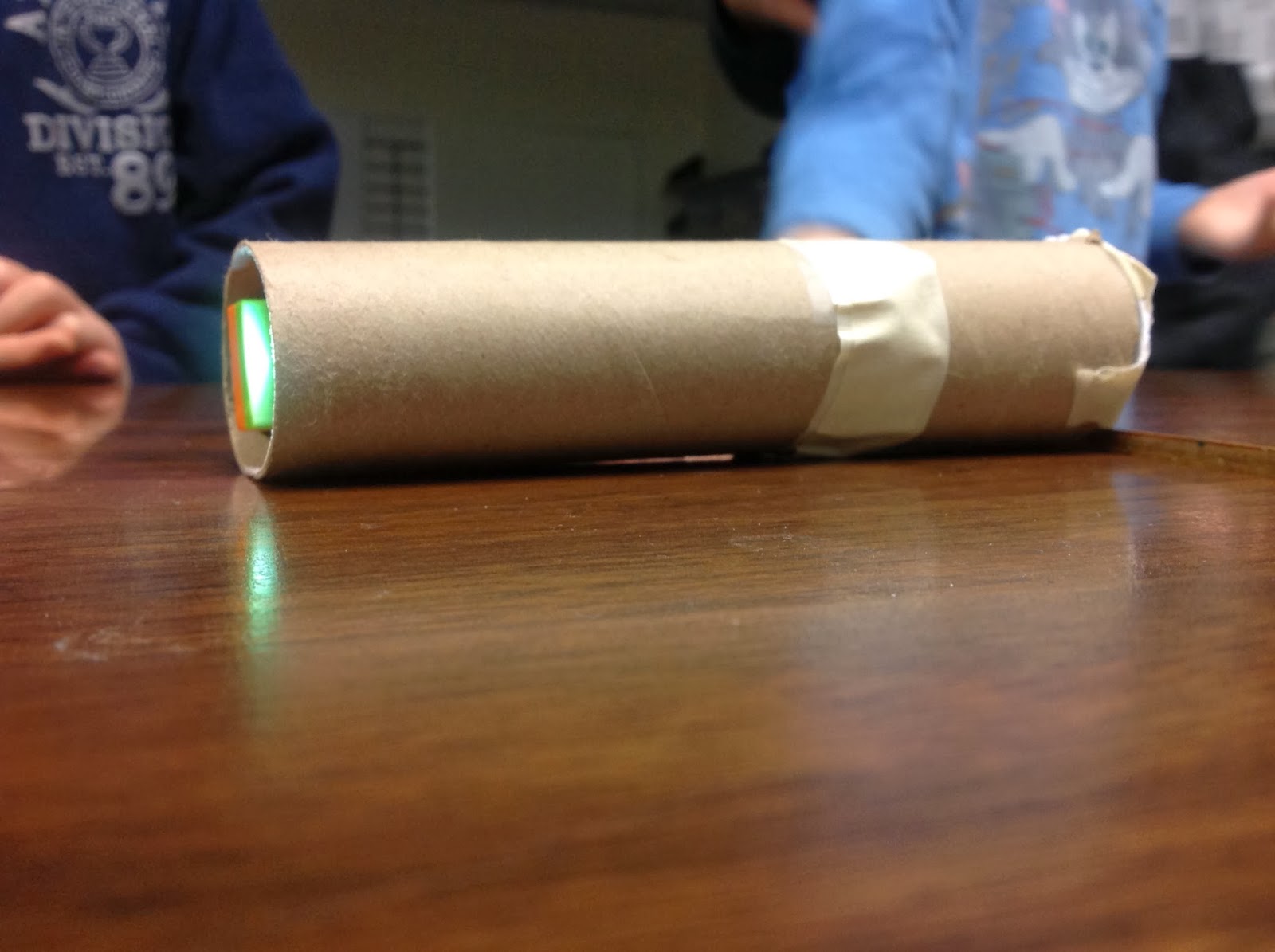 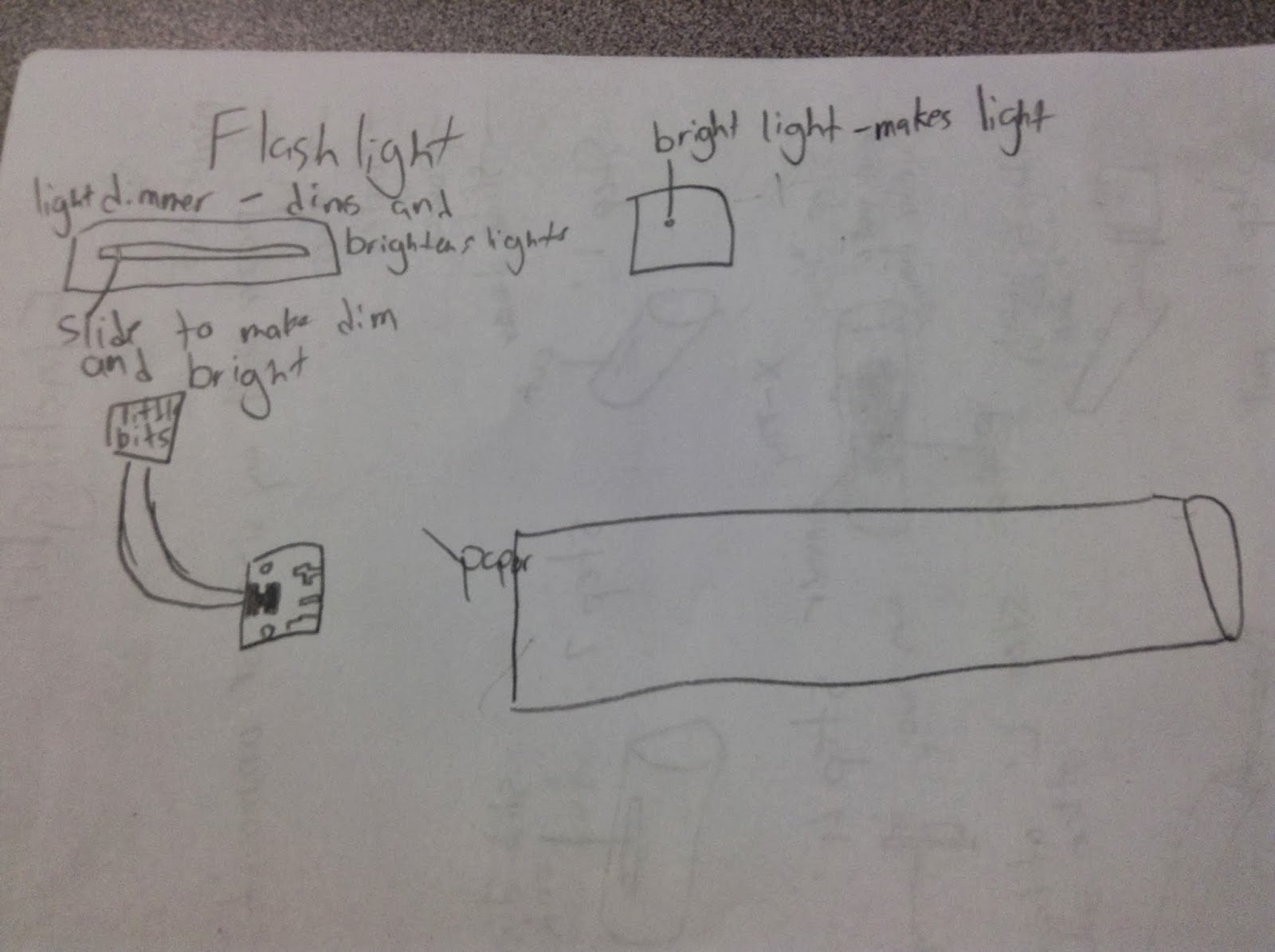 As students worked away this afternoon, the energy in the classroom had settled a bit from yesterday and the students were settled into working on their projects, focused on reaching success. There were so many important habits of mind demonstrated today…perseverance, curiosity, stick with-it-ness, thinking flexibly, problem-solving, taking risks and being open to  new ideas.

The inquiry cycle was in full swing today as well. Students began with a plan or question, investigated it and during this process, new questions were often overheard that took the students off on new avenues of inquiry.

I wonder what will happen if we…
Will it only work if we do this…
How can we make it beep louder…
What if we changed the order…
If we added this, would it still…
Do you think there is a better way to do this…

Students adapted and investigated their new questions during the process and in most cases, felt they improved their projects by doing so.

The following short animoto video shows some of today’s projects, many that ended up not quite how they were originally planned:

Tomorrow the students will be using the iPads to document their experiences with  littlebits. It has been a great project full of innovation, creating and imagining.
~Janice