Posted on: February 6th, 2014 by jnovakowski

I am spending some time with a small group of teachers at Garden City this term, extending the work they are doing around their school goal of math to a collaborative inquiry project. The teachers are looking at ways that math journals might help students to represent their mathematical thinking. After a lunch hour meeting during which discussed different ways students could add to their recordings in their journals by using photographs, speech and thought bubbles and diagrams created on the iPad, I was able to spend time in two of the classrooms last week.

In Jenna Loewen’s grade one class, the students have been investigating measurement and building understanding of comparison, using specific math language to explain their comparisons. Jenna created an anchor chart to support her students. 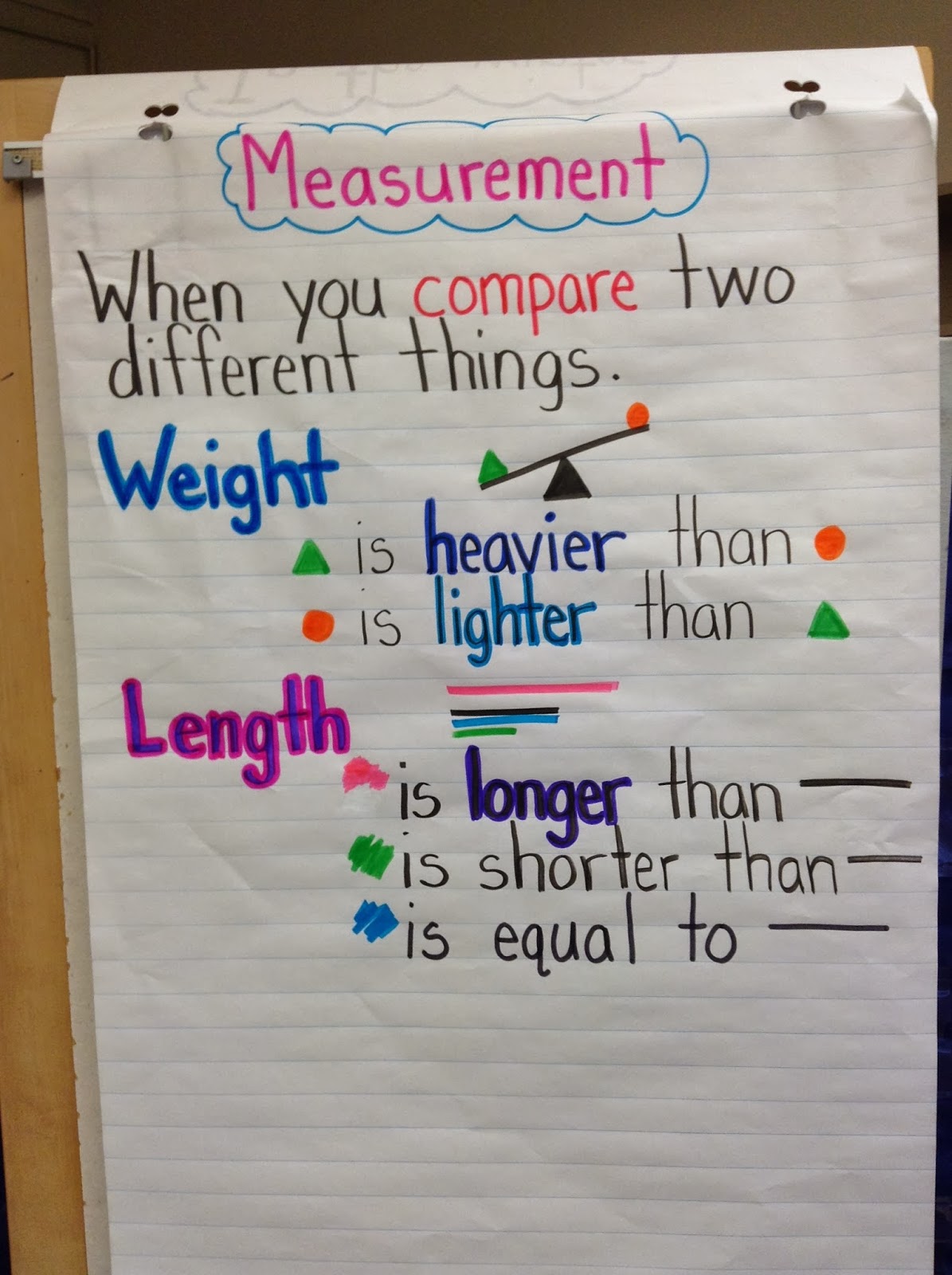 The students were excited to use the iPads for a measurement task. They worked in small groups and were asked to choose an item in the classroom and then find two other items and compare their measurements. They learned how to use the camera on the school’s iPads and then used the app, PicCollage to fit their photographs into a template and add text. Although most students focused on shorter than and longer than, some students explored taller than as well as heavier and lighter than. 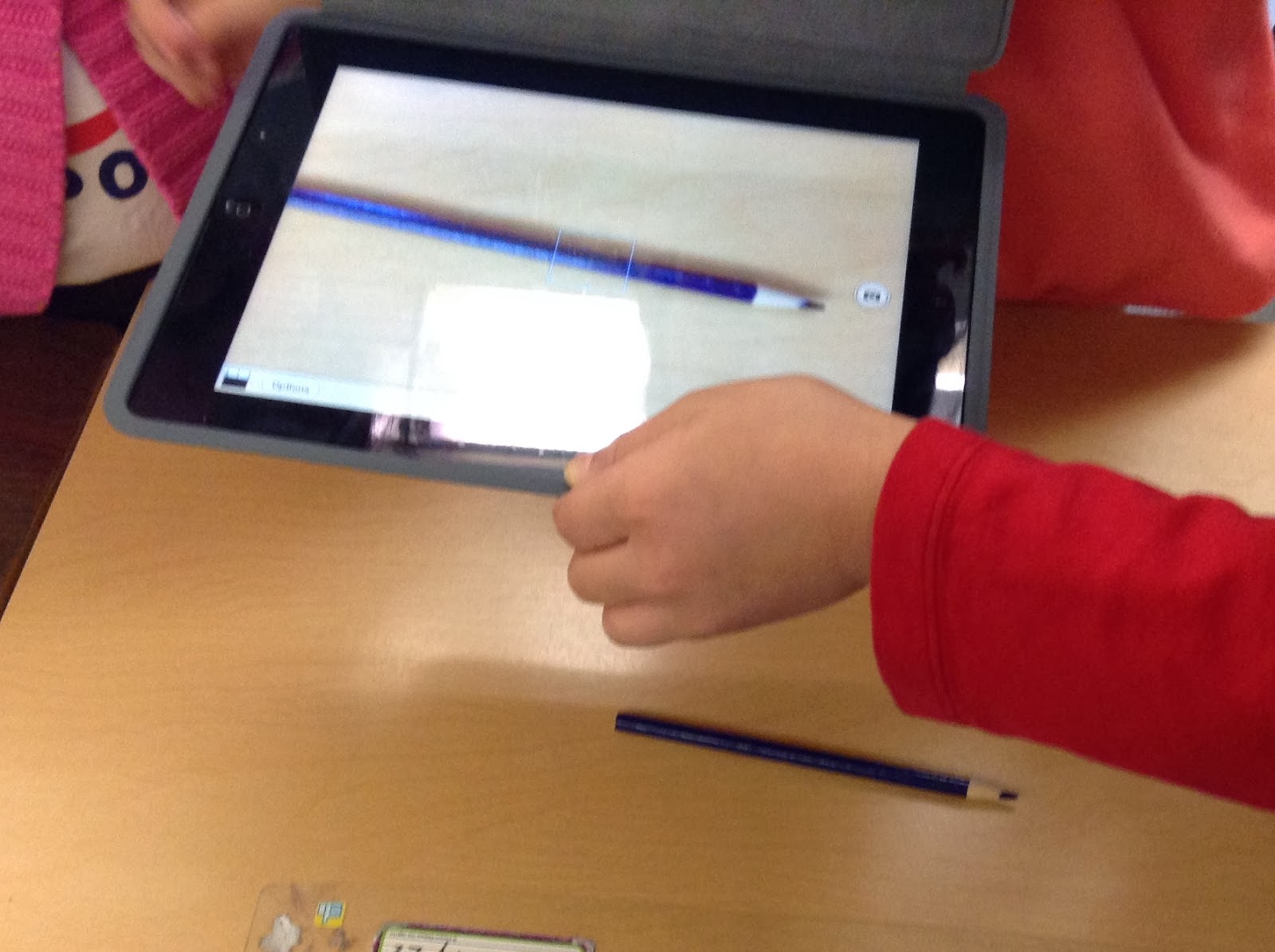 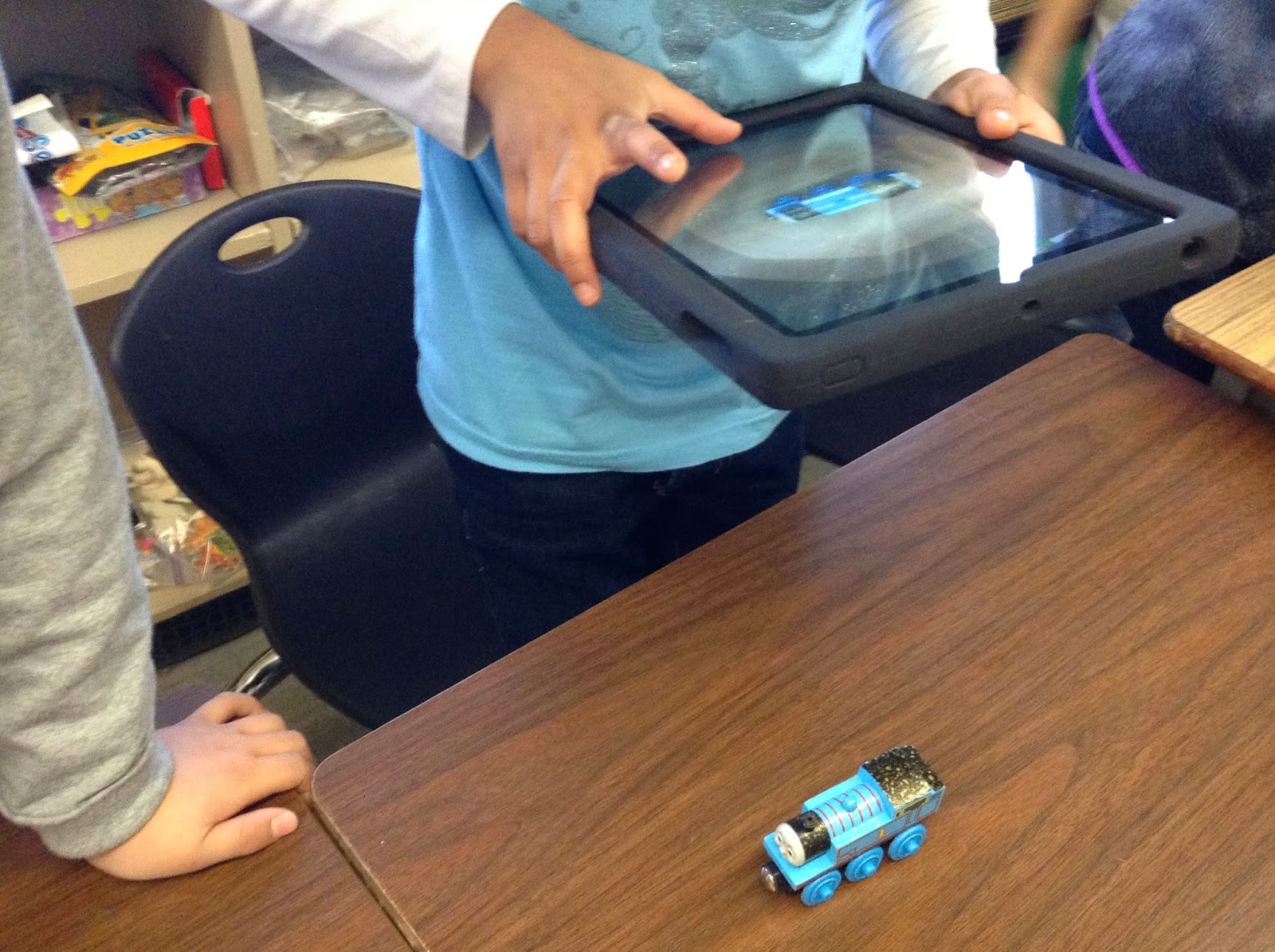 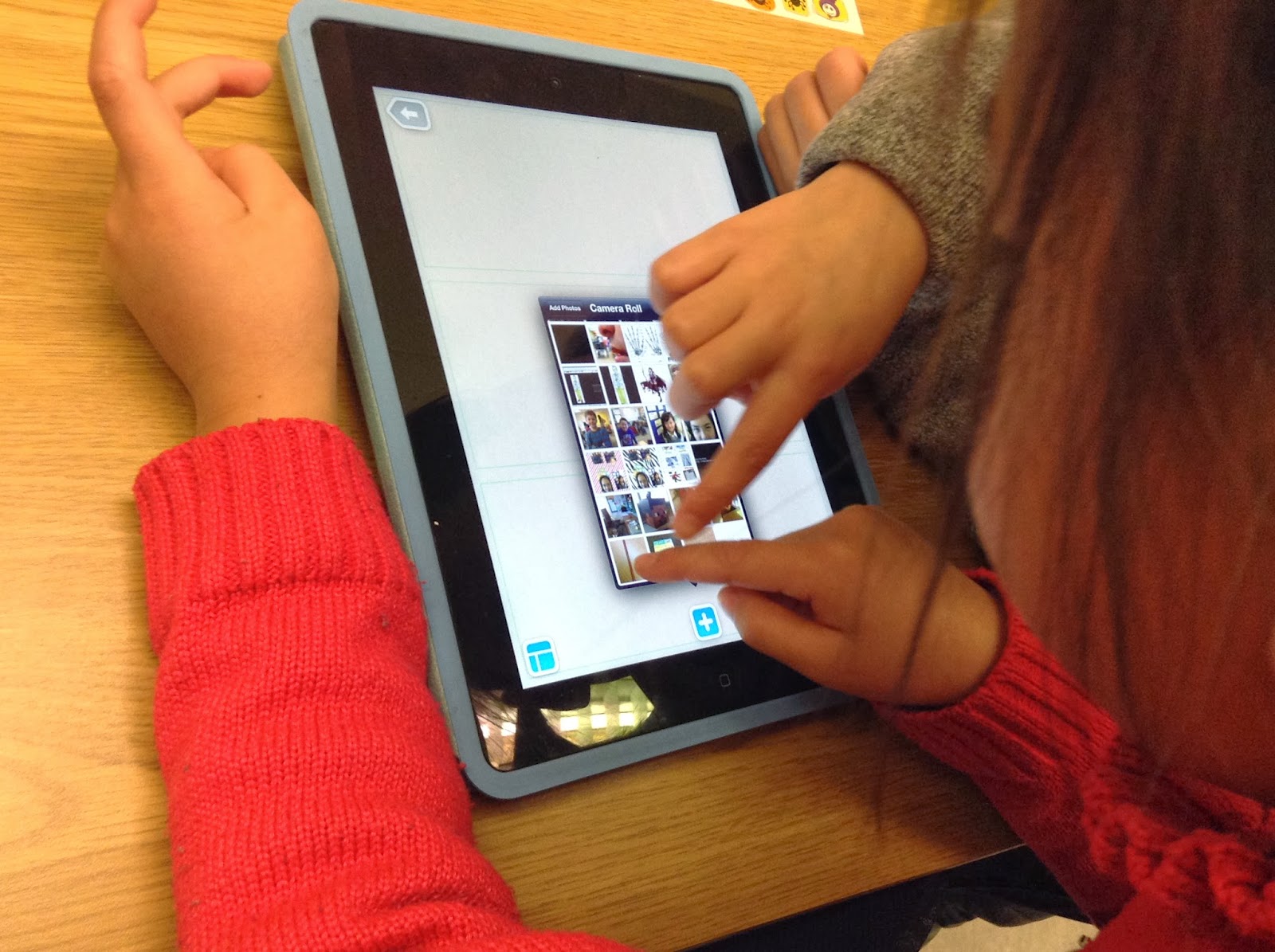 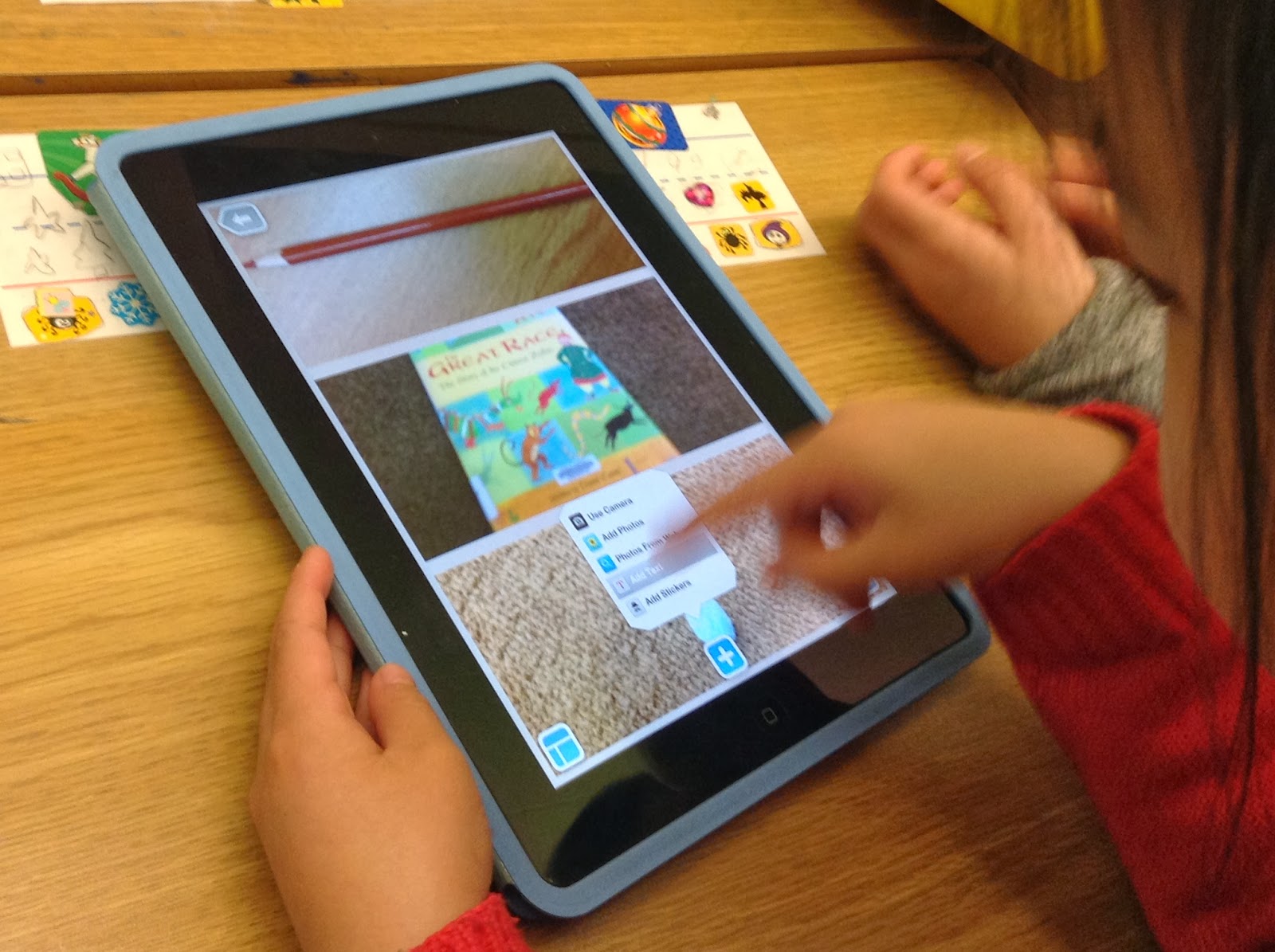 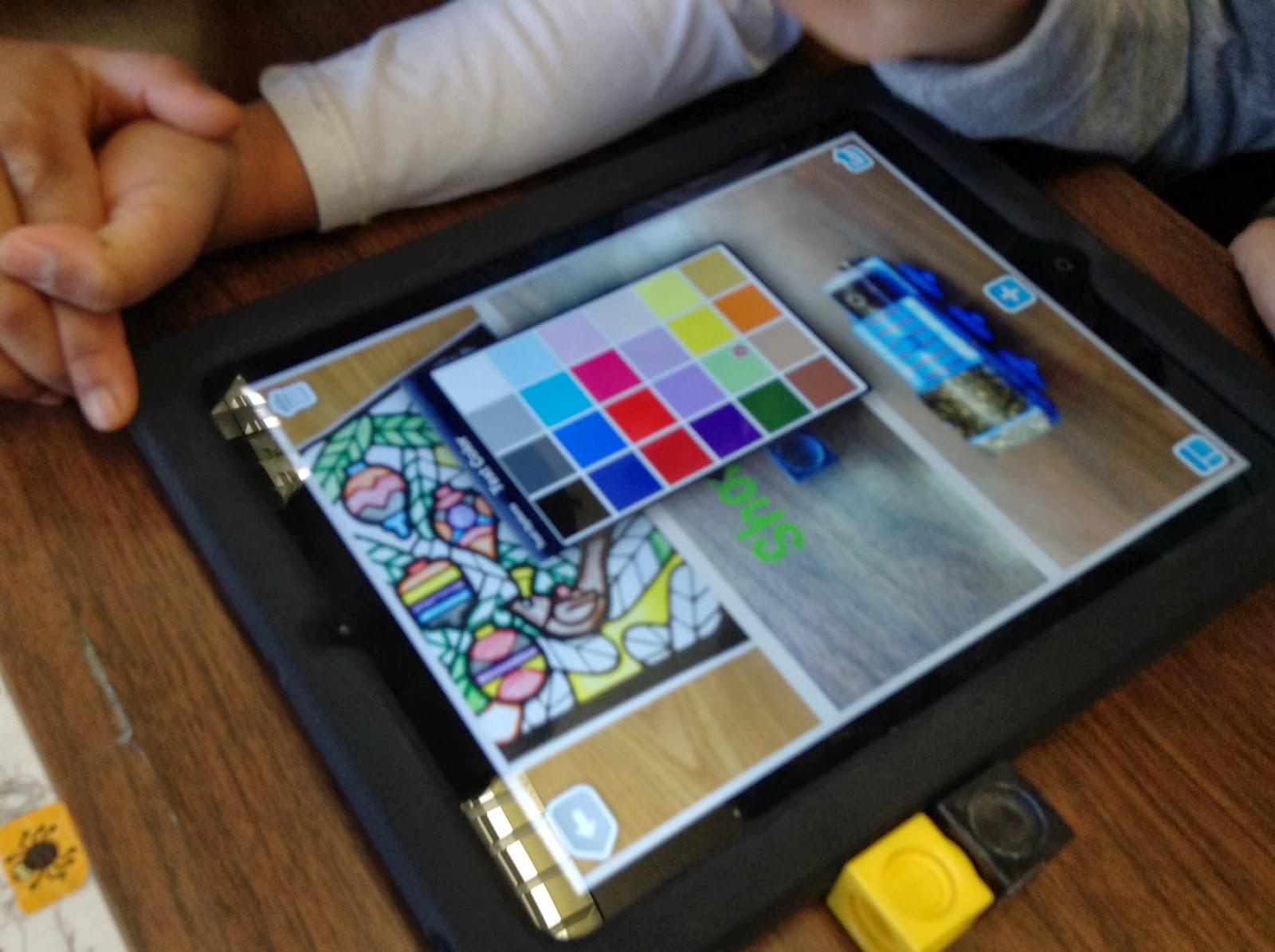 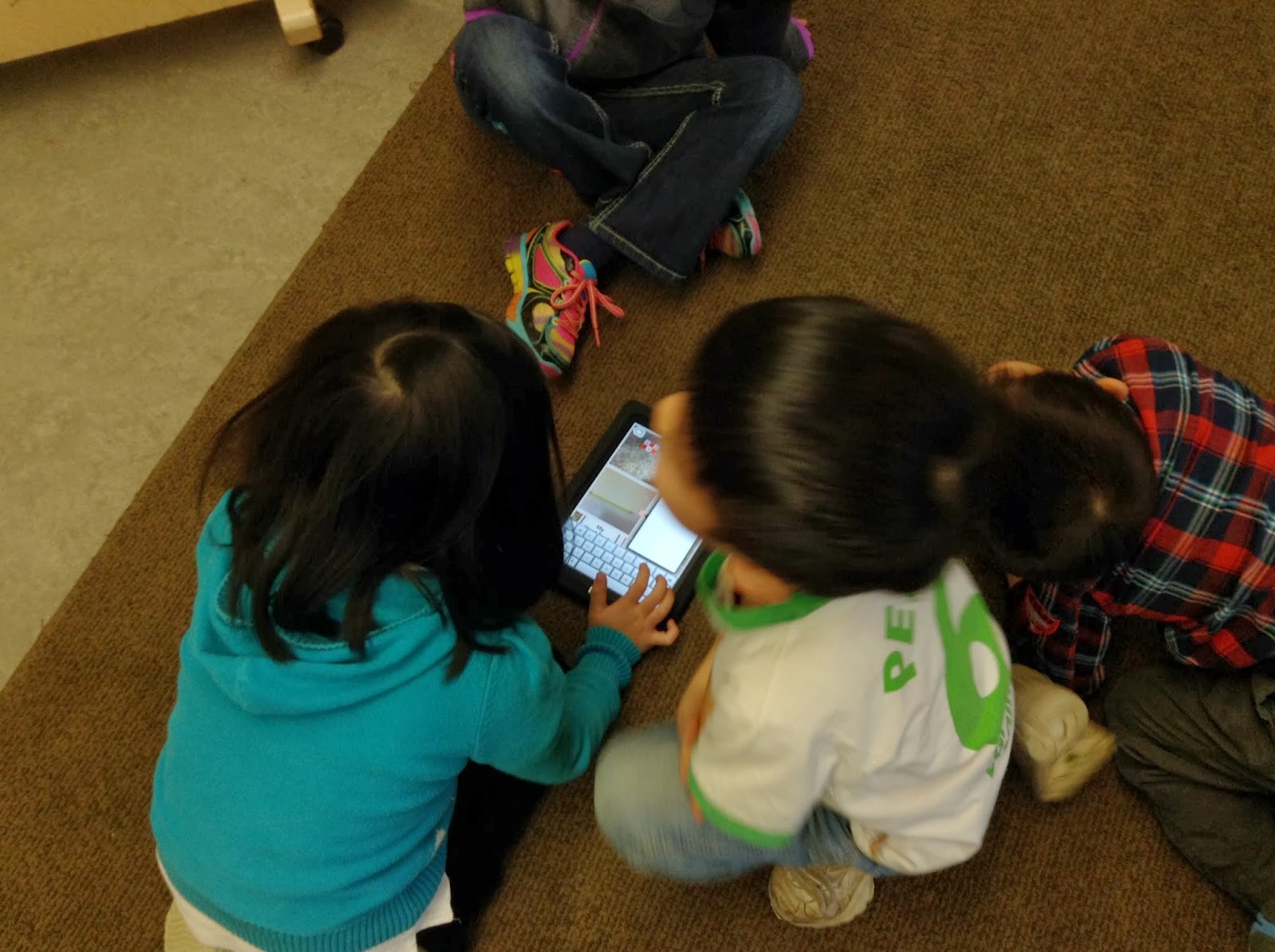 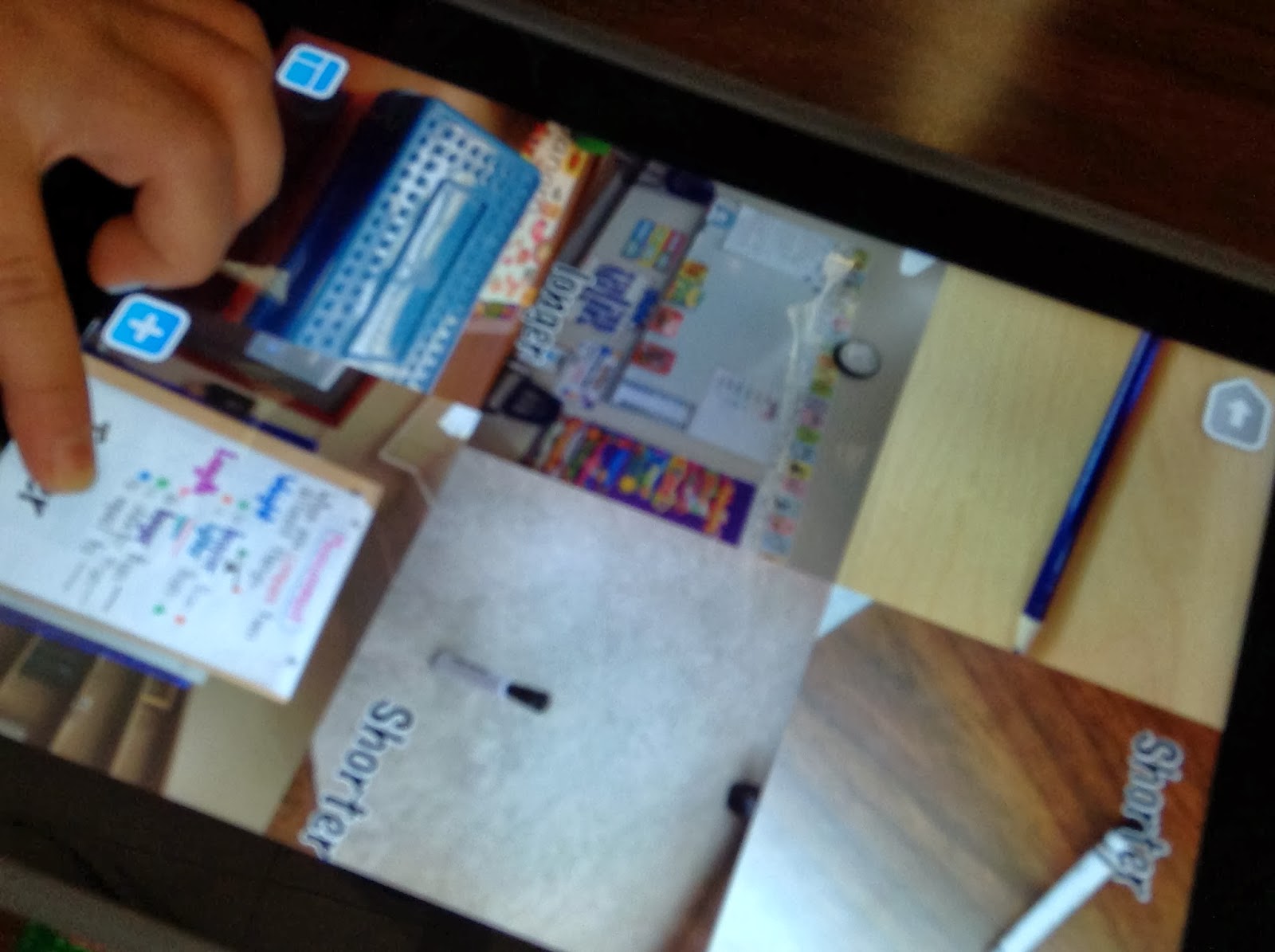 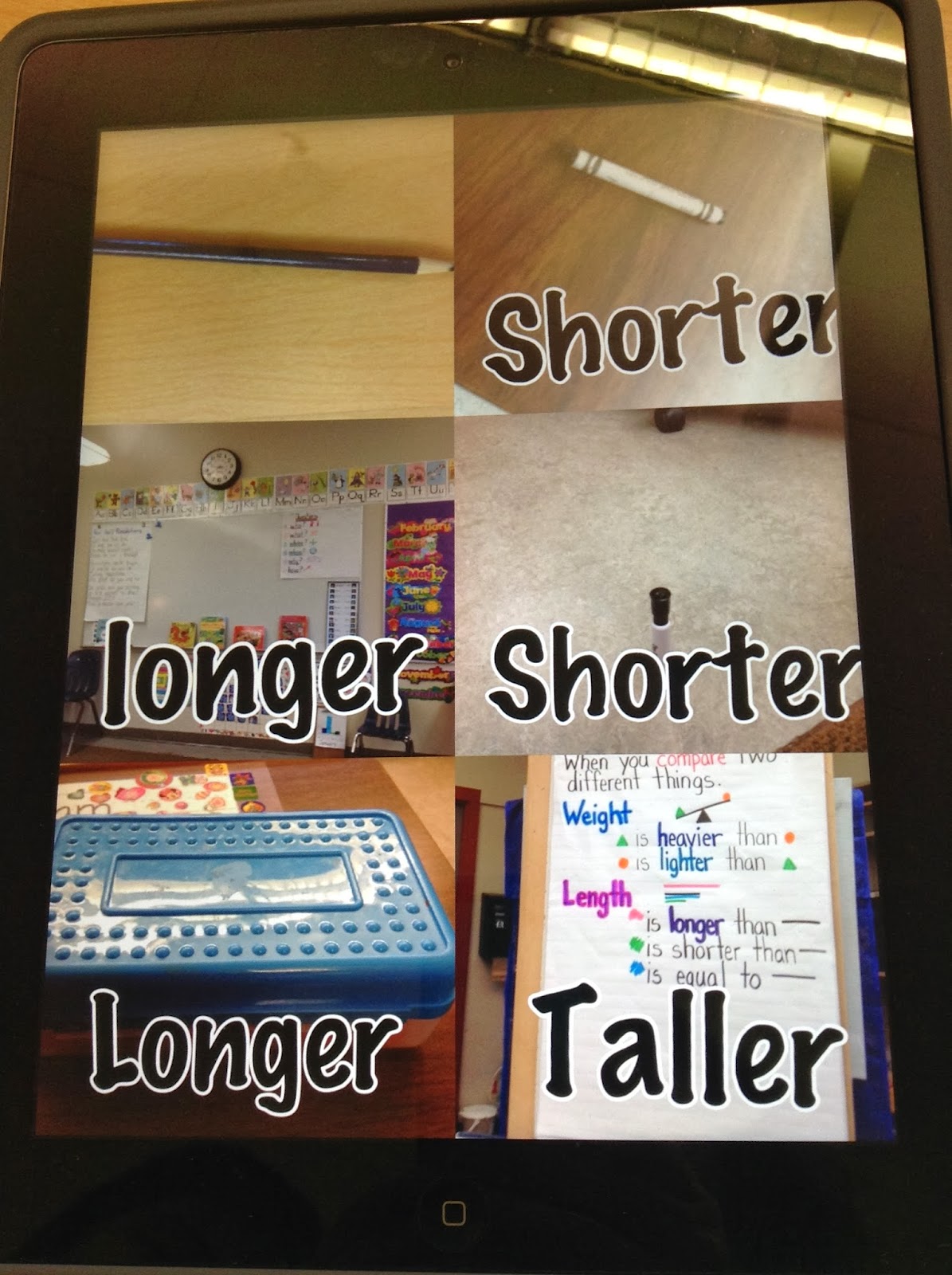 The grade one students particularly enjoyed seeing their PicCollages posted up on the big screen, by connecting the iPads to the projector. 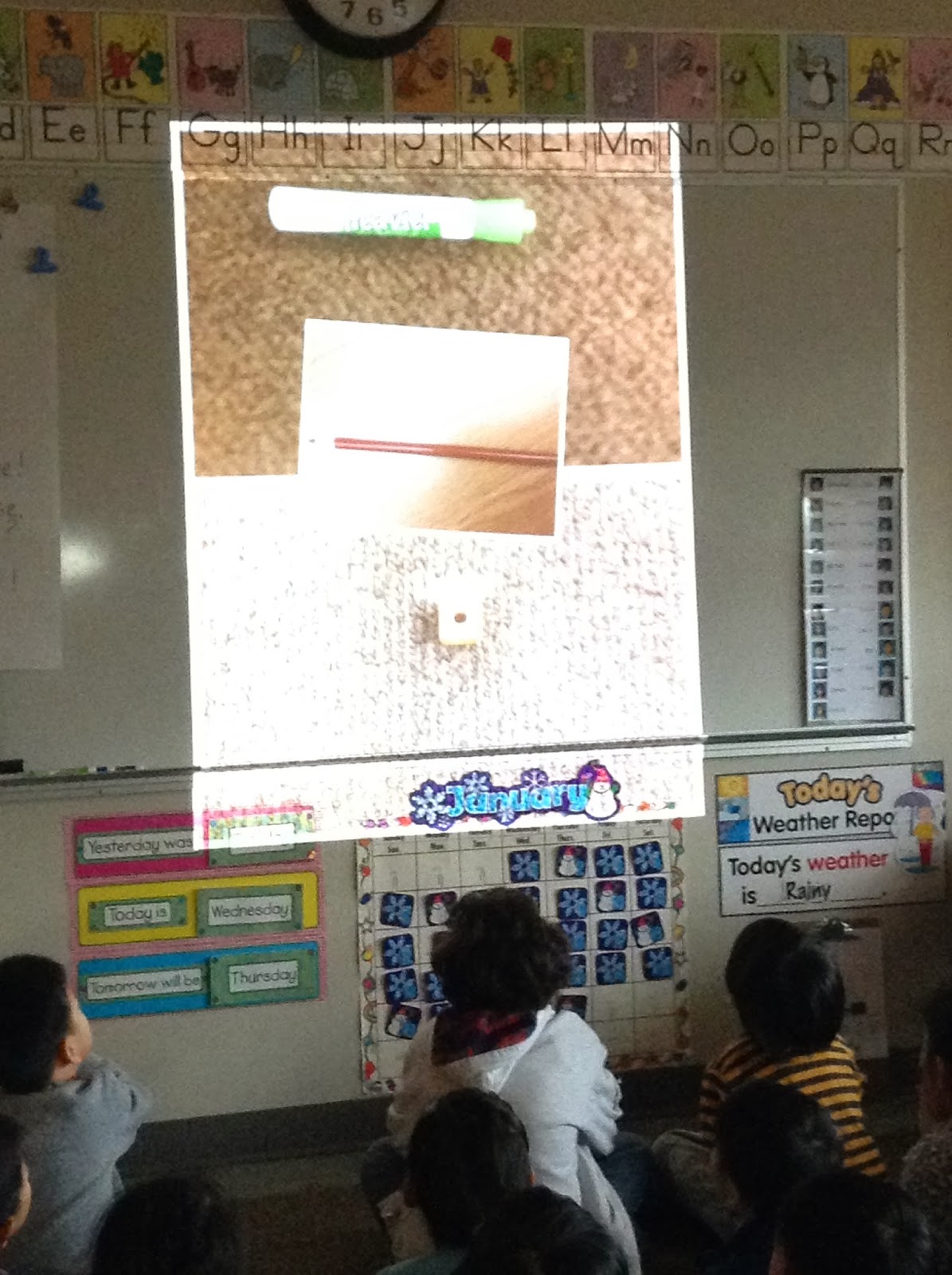 In Paula Zack’s grades 5 and 6 class, the students have been learning about the relationship between multiplication and division using arrays as a model. The students worked in groups and used materials to create arrays and then used a screencasting app called Doceri to explain their understanding. 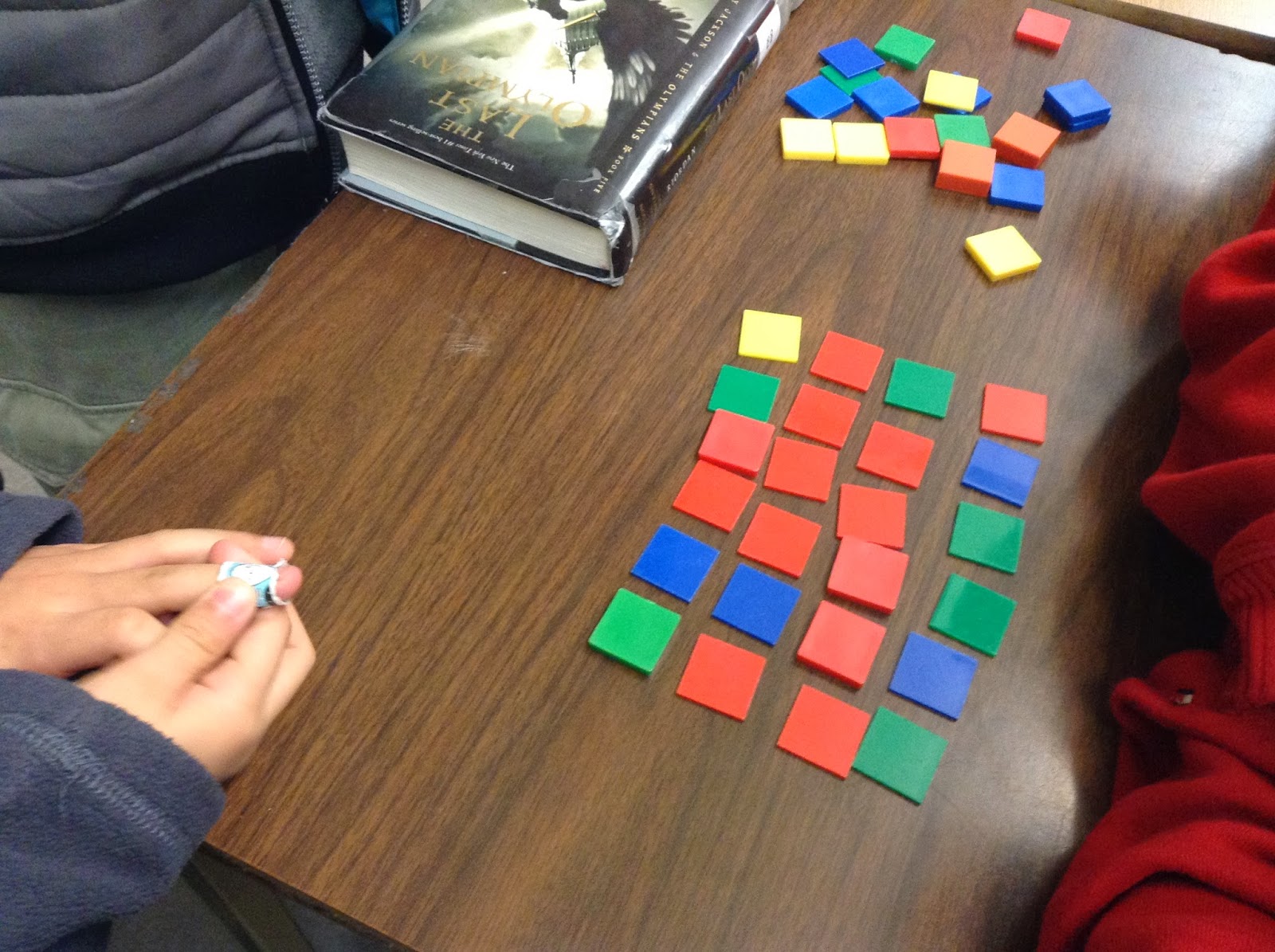 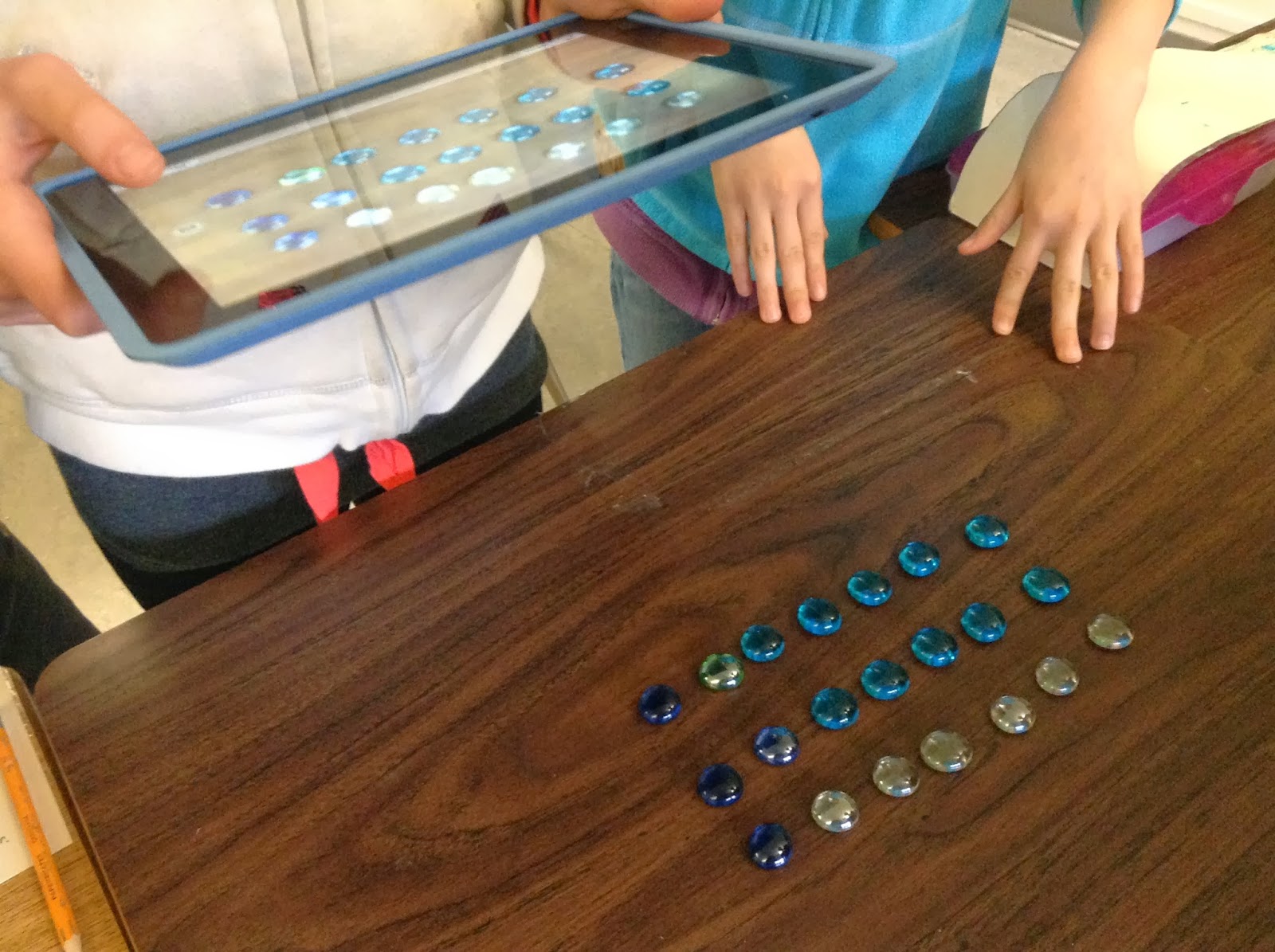 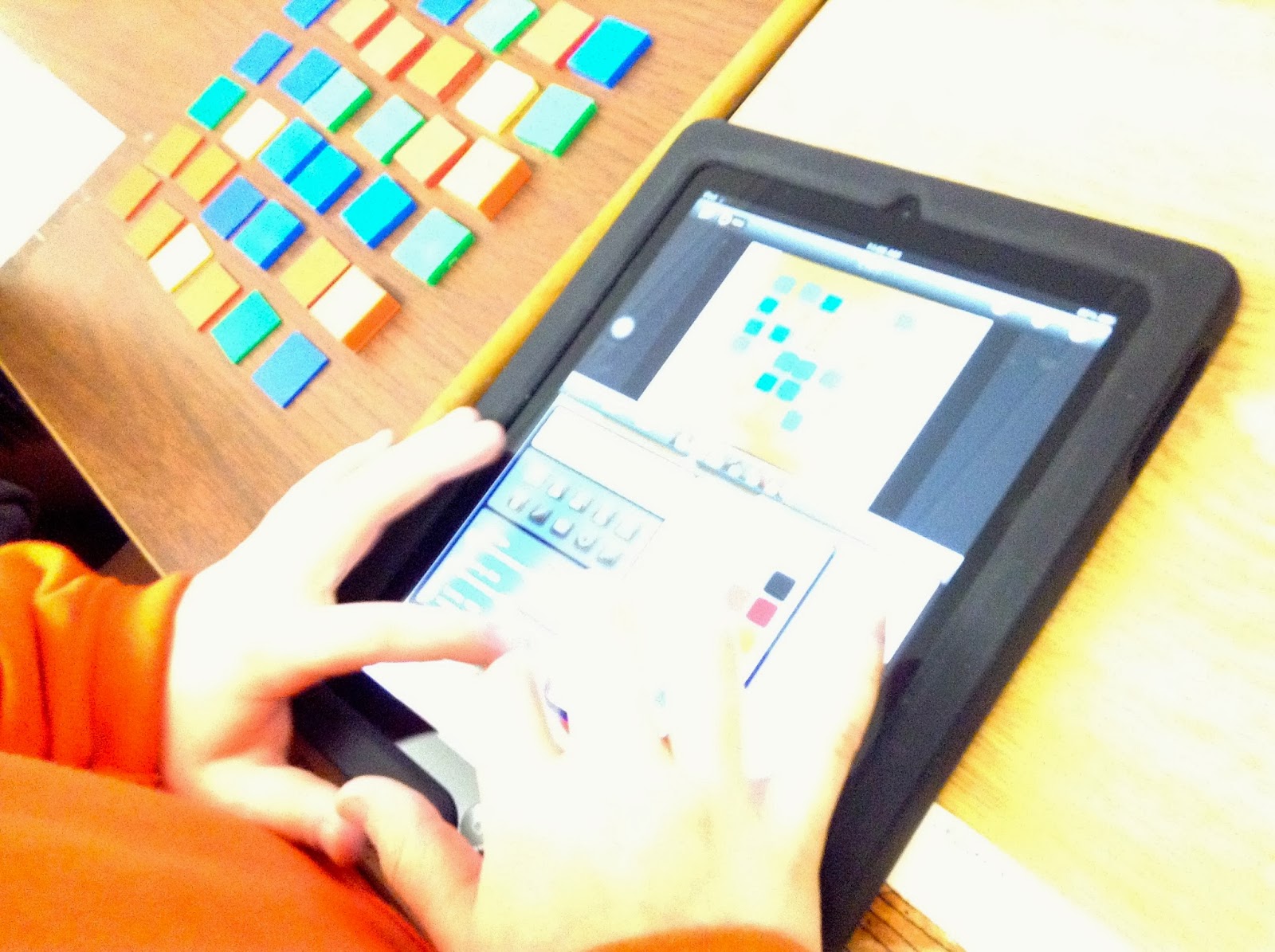 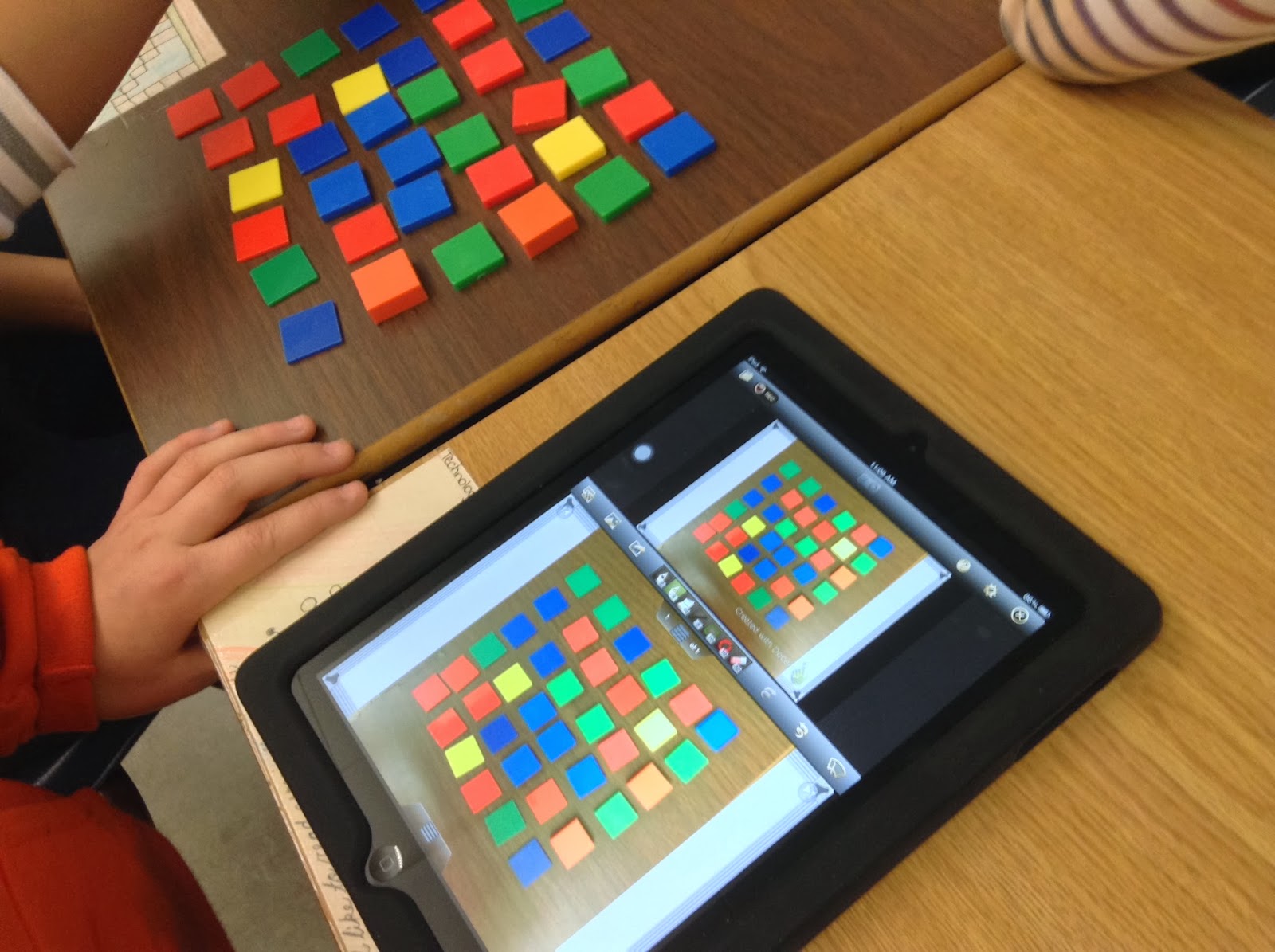 The following is a Doceri movie created by a small group of students. As the teacher and I discussed, these screencasts are a great “assessment for learning” tool, as misconceptions are captured. For example, in this little movie, the students do a great job of listing the multiplication and division facts represented by the array and acknowledge that if the array was rotated, their equations wouldn’t change. The students (in odd chipmunk voices…) explain that 4×5 is the same as 5×4 by saying the order doesn’t matter and then generalize this to division, where the order actually does matter (20 divided by 4 and 4 divided by 20 are not the same thing). The other generalization the students make is that for both multiplication and division, equal groups are used. This is the case when we use arrays as a model, but when we divide in real life, there are often those dreaded remainders! Again, something to take into consideration when planning the next set of learning experiences for these students.

Lots to learn from listening to students explain their mathematical thinking!
~Janice