I made my monthly visit to Quilchena Elementary on Wednesday and the intermediate teachers and I worked together around assessing communicating about mathematics. 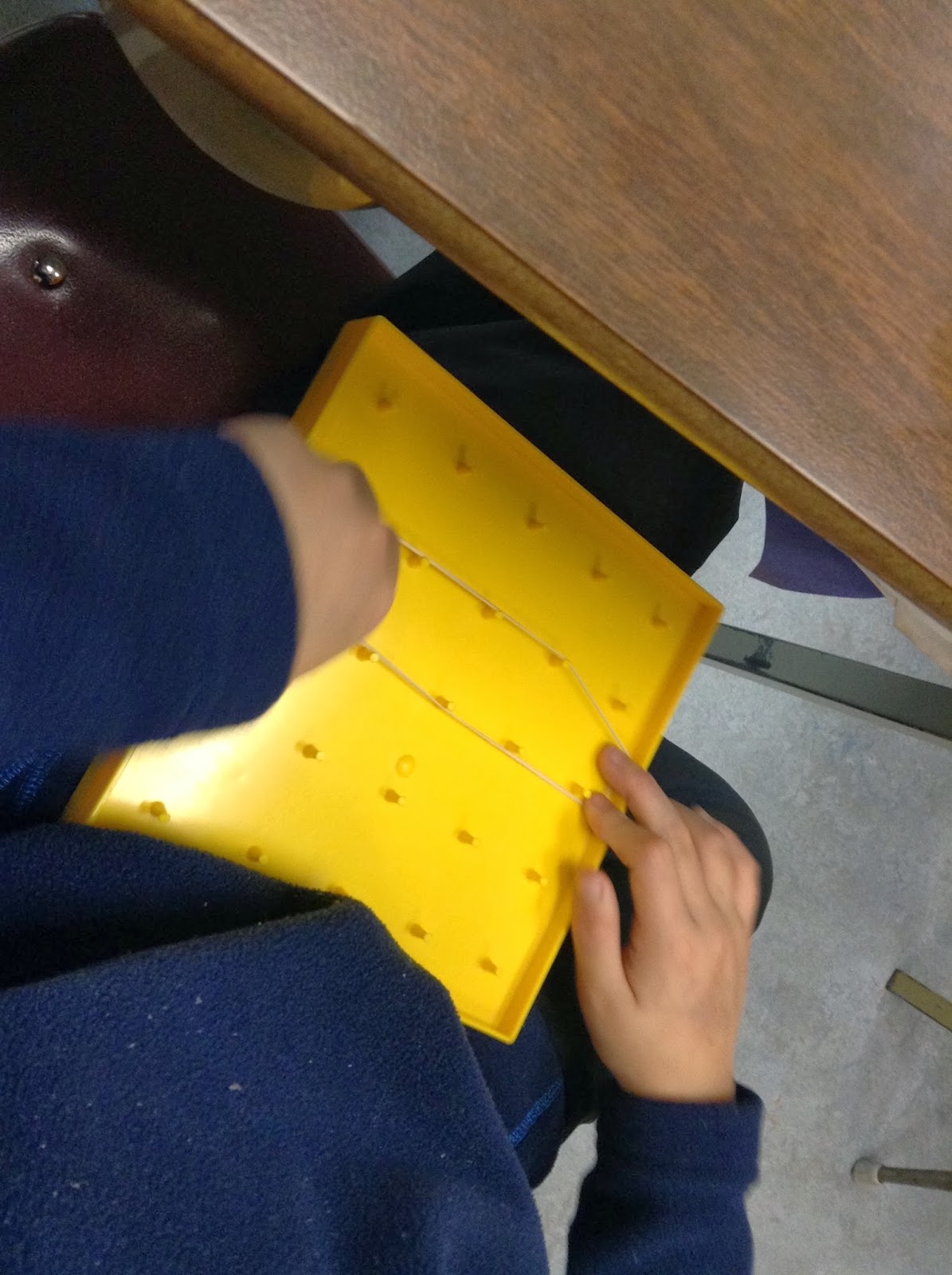 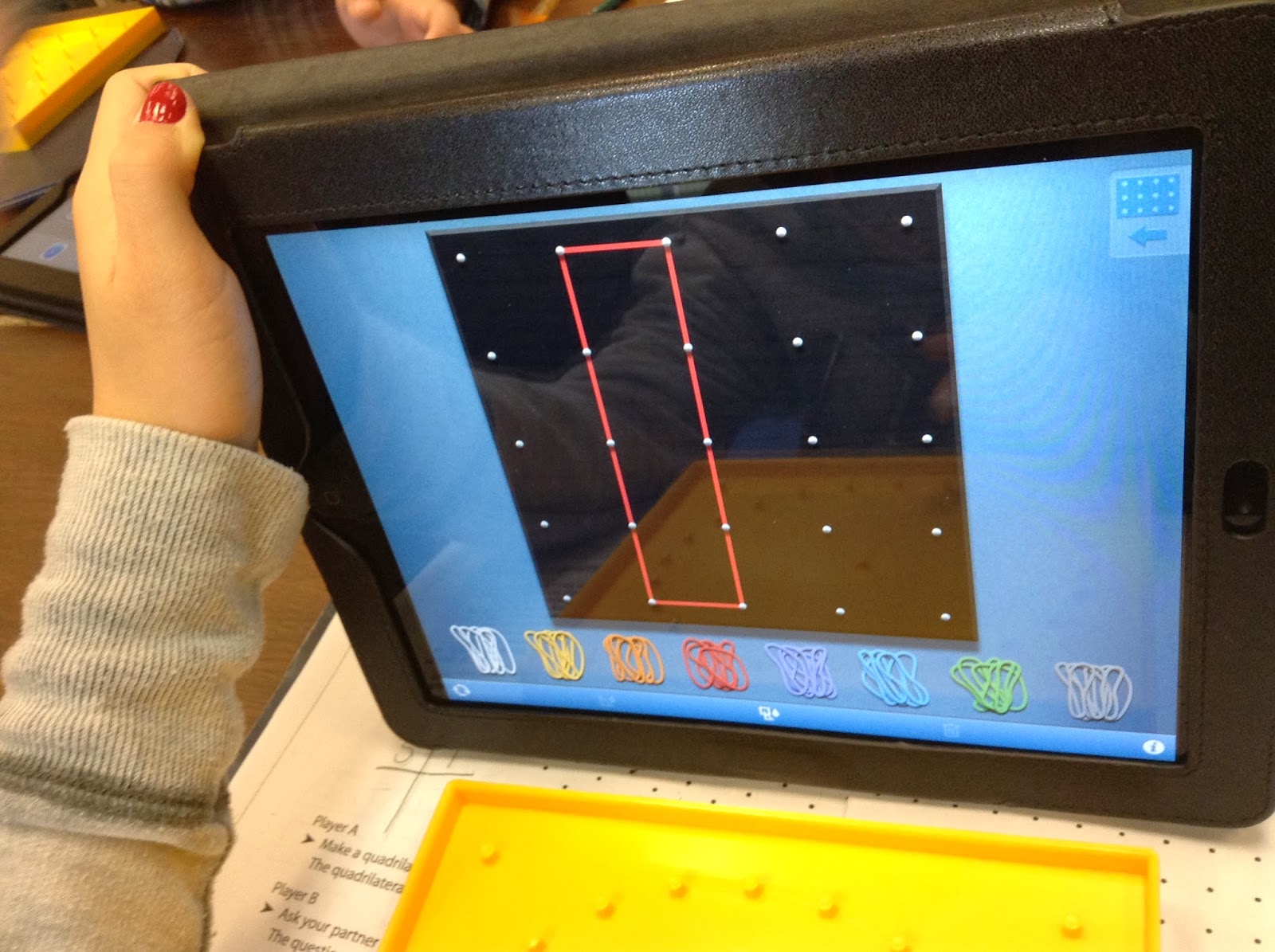 Una recorded some language prompts on the whiteboard such as angles, parallel, perpendicular, congruent, etc to support students’ questioning. The students took a photo of their quadrilateral with the iPad and then inserted it into the ShowMe app and then recorded their question and answer session, with the grade five student trying to determine the size and shape of the quadrilateral. 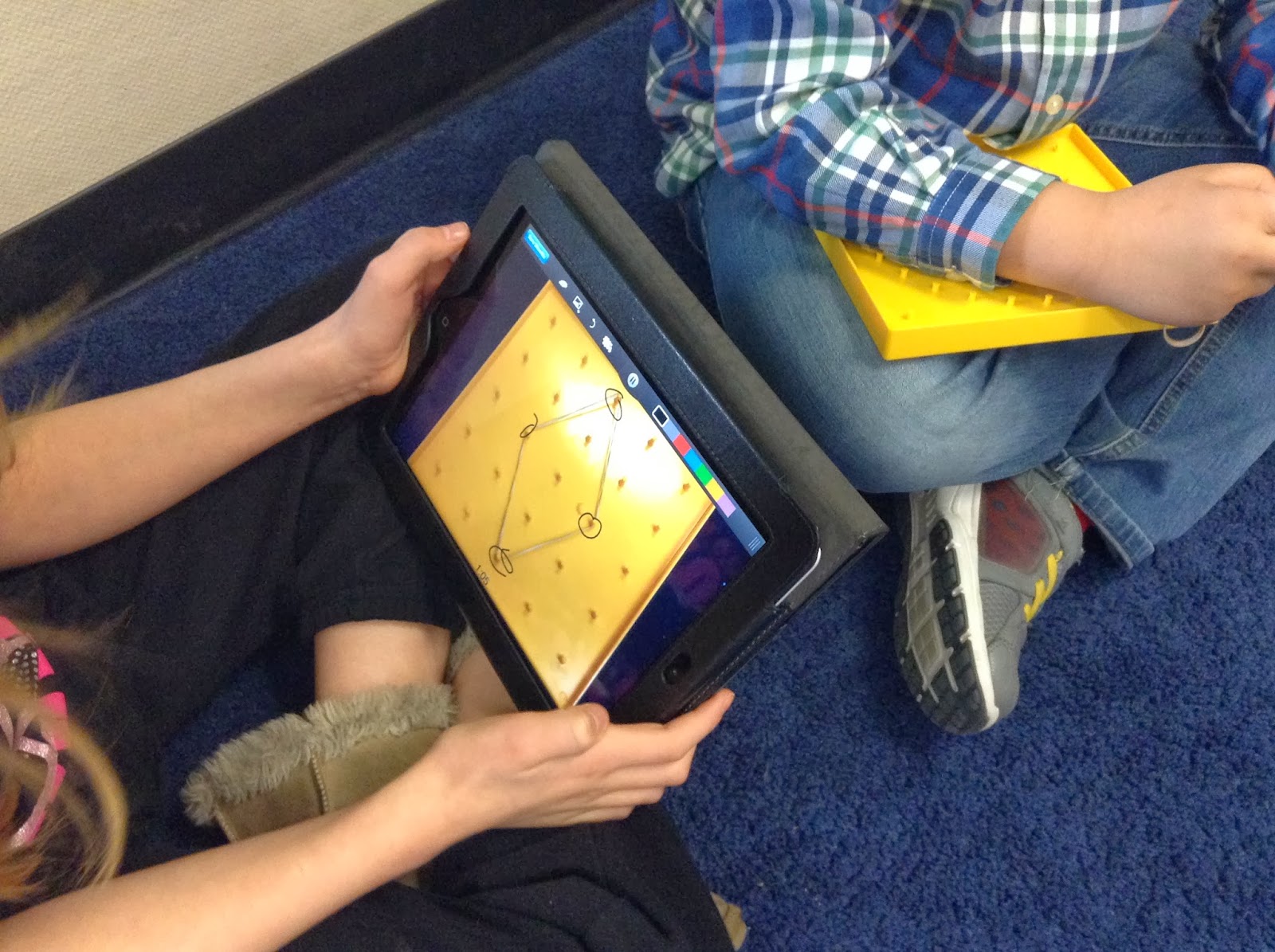 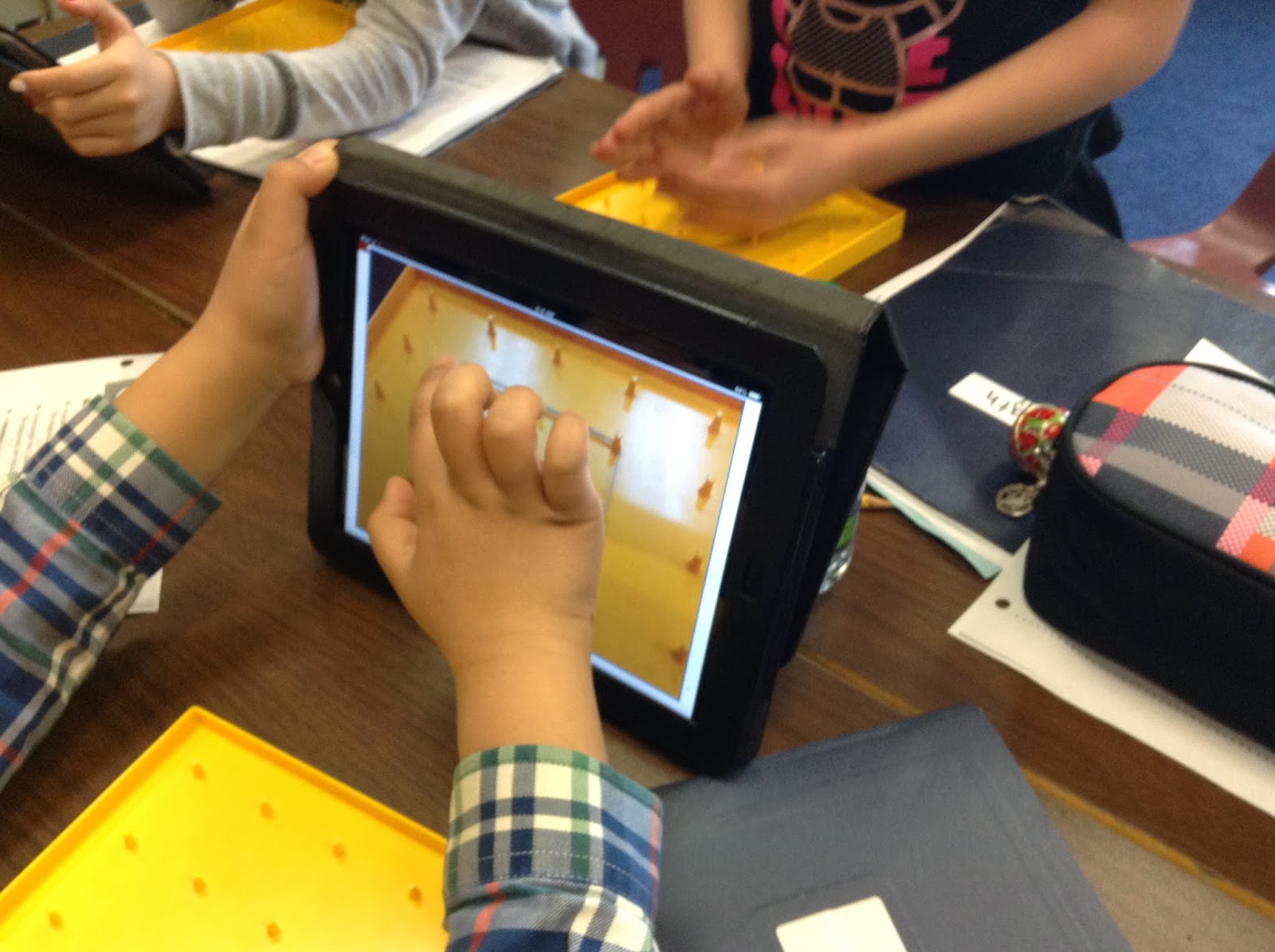 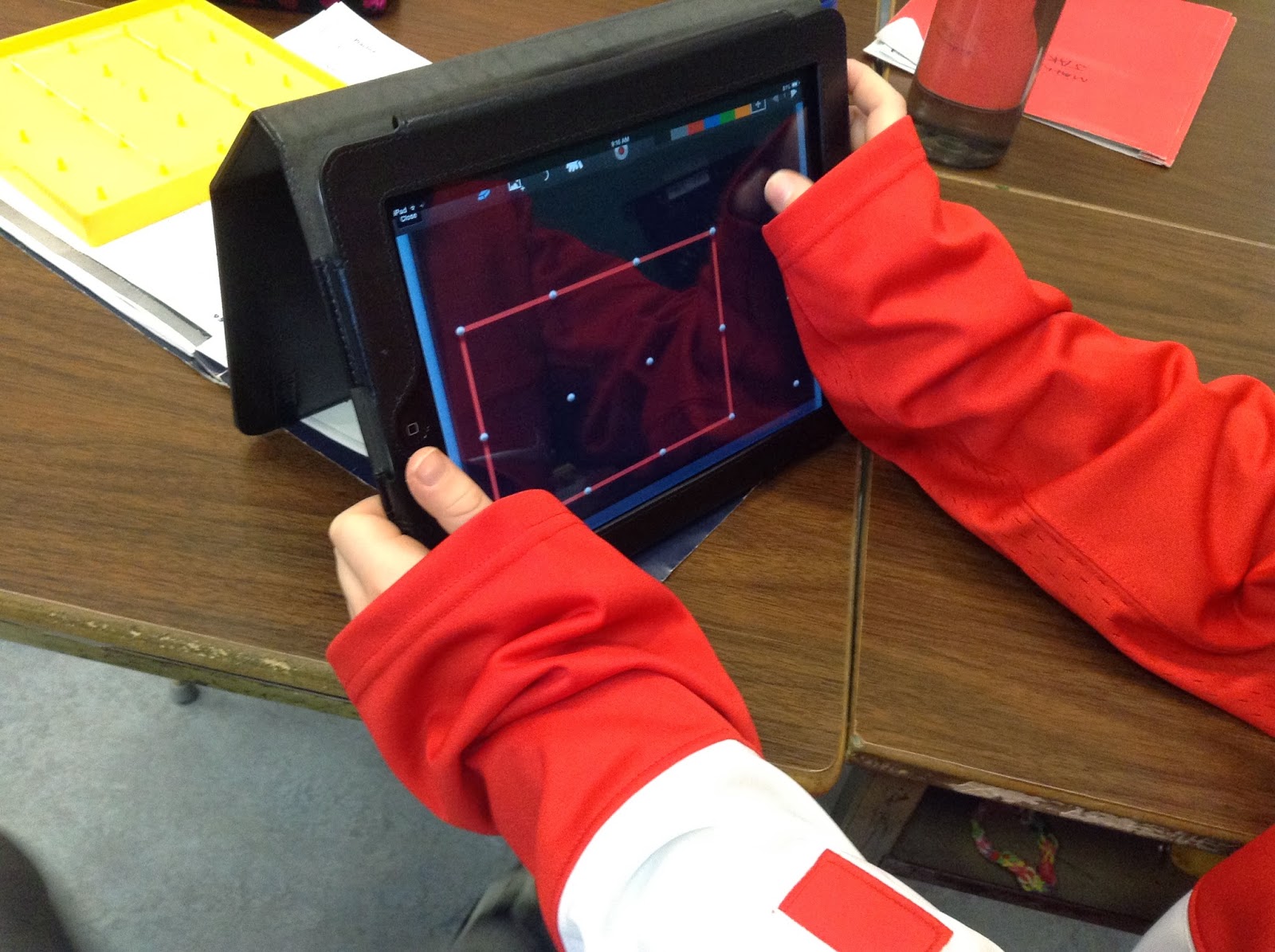 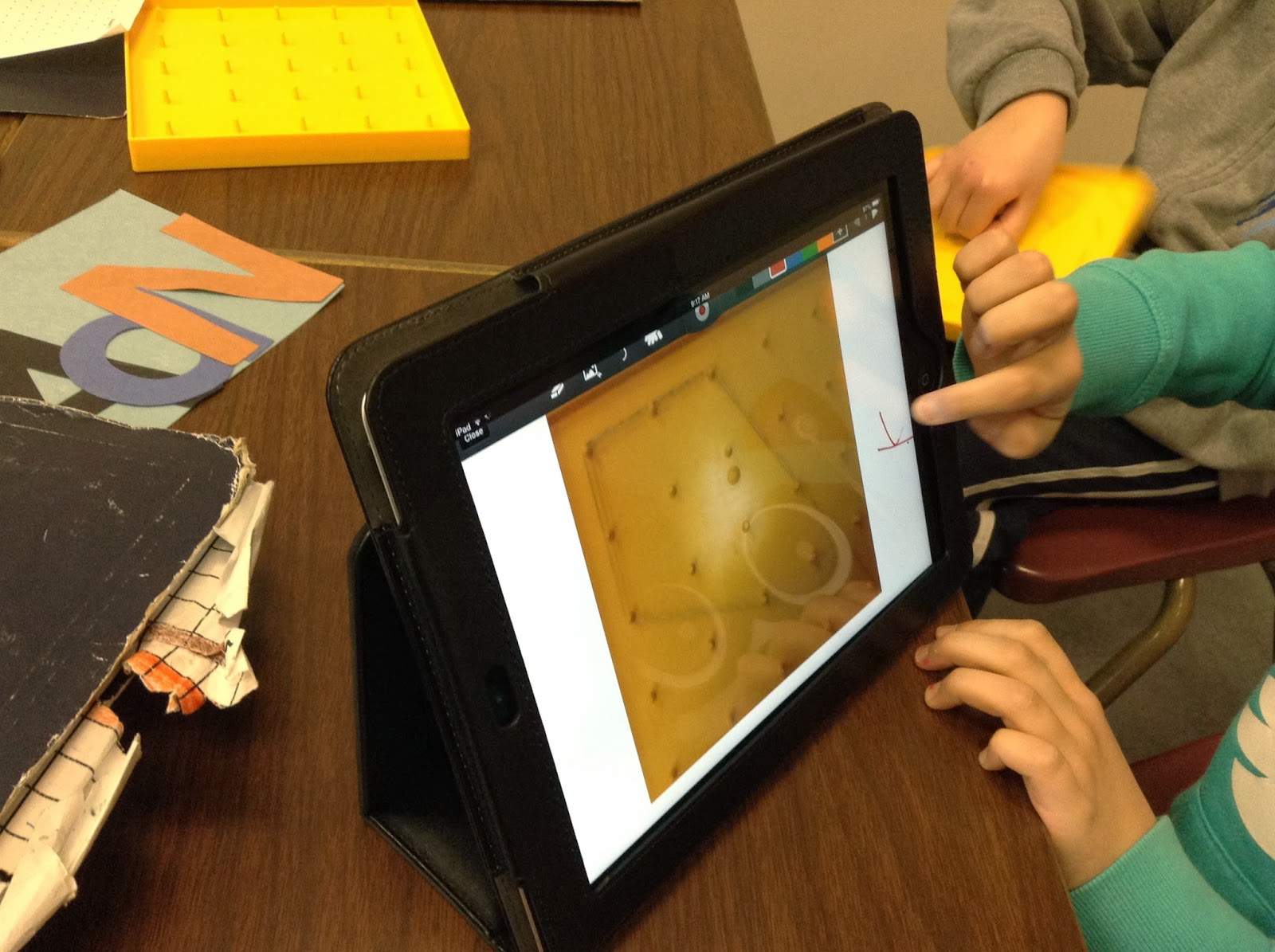 What we quickly noticed is that although the grade 4 students could all create quadrilaterals, they didn’t actually have the language for and understand the questions their classmates were asking them about the attributes. I listened with interest as a grade 4 student confidently say “yes” that there were parallel sides in her shape when there clearly was not. I pointed this out to the students and of course the grade 5 student was frustrated because it had thrown him off in trying to figure out the shape.

Una and I agreed that the task itself was excellent for assessing students’ use of mathematical vocabulary and to assess understanding of attributes of shapes, but that students needed to be paired with students who had the same instruction and background knowledge for the task to be successful. So when teaching a combined class, if you do not expose all students to both sets of learning outcomes, you would need to separate this task by grade levels. The grade 4s could have easily have done a similar task but using prisms (using three dimensional blocks in the classroom) instead of the quadrilaterals.

In Andrew Livingstone’s grade 7 class, the students are accustomed to using self-assessments in other curricular areas, using a four point scale in line with our BC Performance Standards language. The intermediate teachers worked together to create a self-assessment scale to use with math journals, specifically focusing on communicating mathematical thinking. When we discussed it, we realized it could also be used with screencasting that the students have been doing with the iPads.

The students had already completed individual ShowMes using a practice question from the Grade 7 Numeracy FSA. A few students volunteered to share their ShowMes up on the big screen in front of the class so that we could use the self-assessment tool with them. I spent some time going through each level of criteria and what that might look and sound like in a ShowMe. We then shared the first ShowMe, with the students having the assessment tool in front of them. It was interesting to note that none of the students recorded anything on the assessment tool until after the ShowMe was over. I shared how I took notes during the ShowMe, so that I had “evidence” for my assessment for each level of criteria. The students soon realized that this would have been helpful. We discussed how they “scored” the ShowMe and asked for specific examples of why they chose “fully” or whatever level they chose. 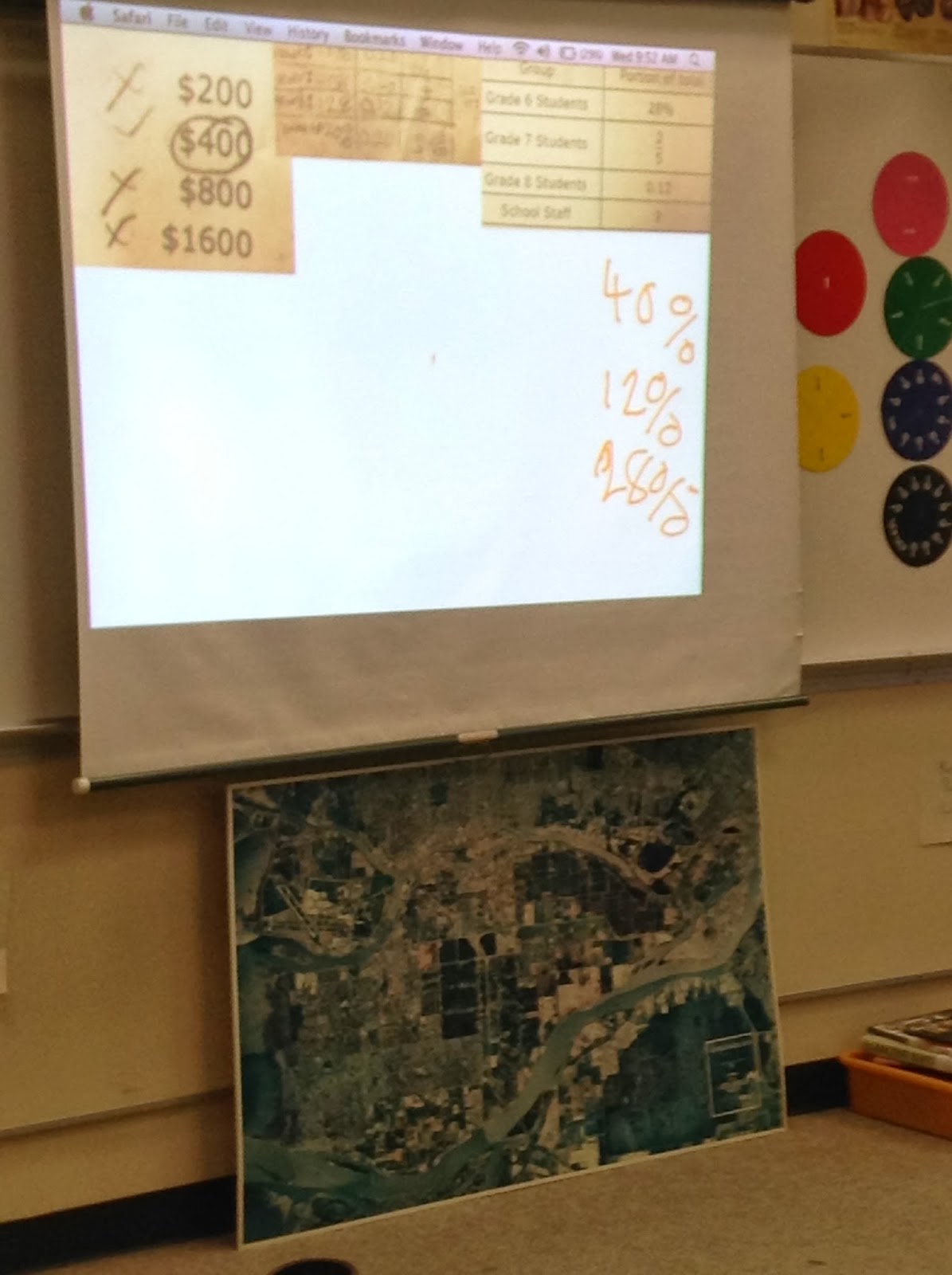 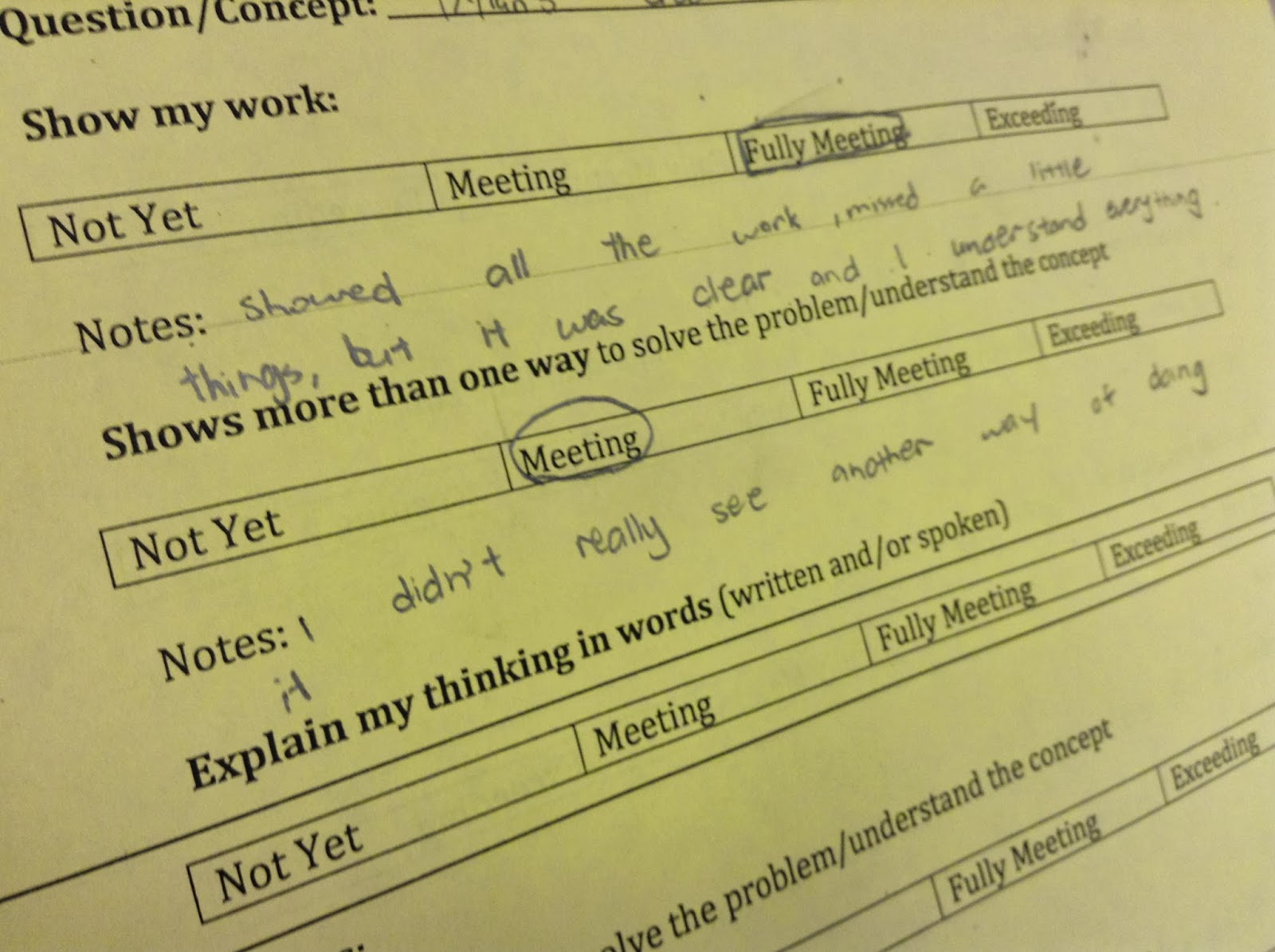 For the second ShowMe we watched, the students took notes as they watched and had a better sense of what kinds of things they should be watching and listening for. They agreed the second time was easier than the first and that it would get easier the more they did it.

Here’s a short little video from our session together:

With both examples, we had long discussions about the difference between “Show your work” and “Explain your thinking” building on previous discussion we have had with this class about descriptive vs explanatory thinking. For these tasks, the show your work was really about showing what you did to complete the task/how you did the calculations whereas the explain your thinking was the metacognitive part, the explaining the “why” you chose to solve it the way you did and your reasoning involved in completing the task. We are finding that we are really needed to pull this out of students, that they just do the reasoning part but aren’t used to articulating it. We are going to make a few revisions to the assessment tool to help students understand these differences more clearly.