showing what we know in math…first time using iPads

On Thursday, I introduced iPads in the classroom to Tina Grigoriadis’ grades 3 & 4 students.  Garden City has 8 iPads (with more on the way) and the students were very excited to use them for math. They worked so well in groups of three, collaborating and sharing.

The class has been learning about multiplication and has just begun to learn about division and its connection to multiplication, specifically looking at arrays. Tina had many visual supports up in the classroom to support students with their mathematical understanding. 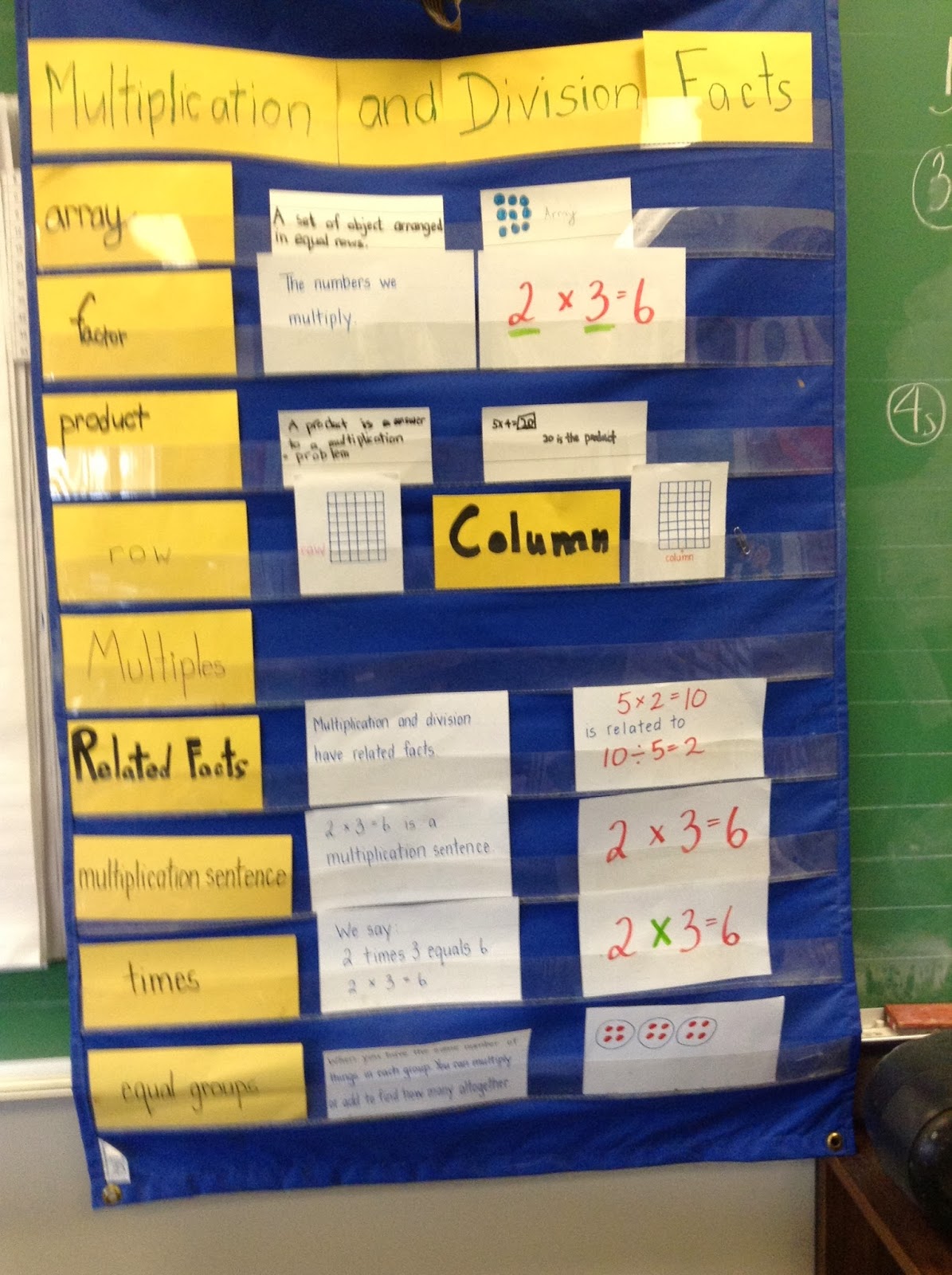 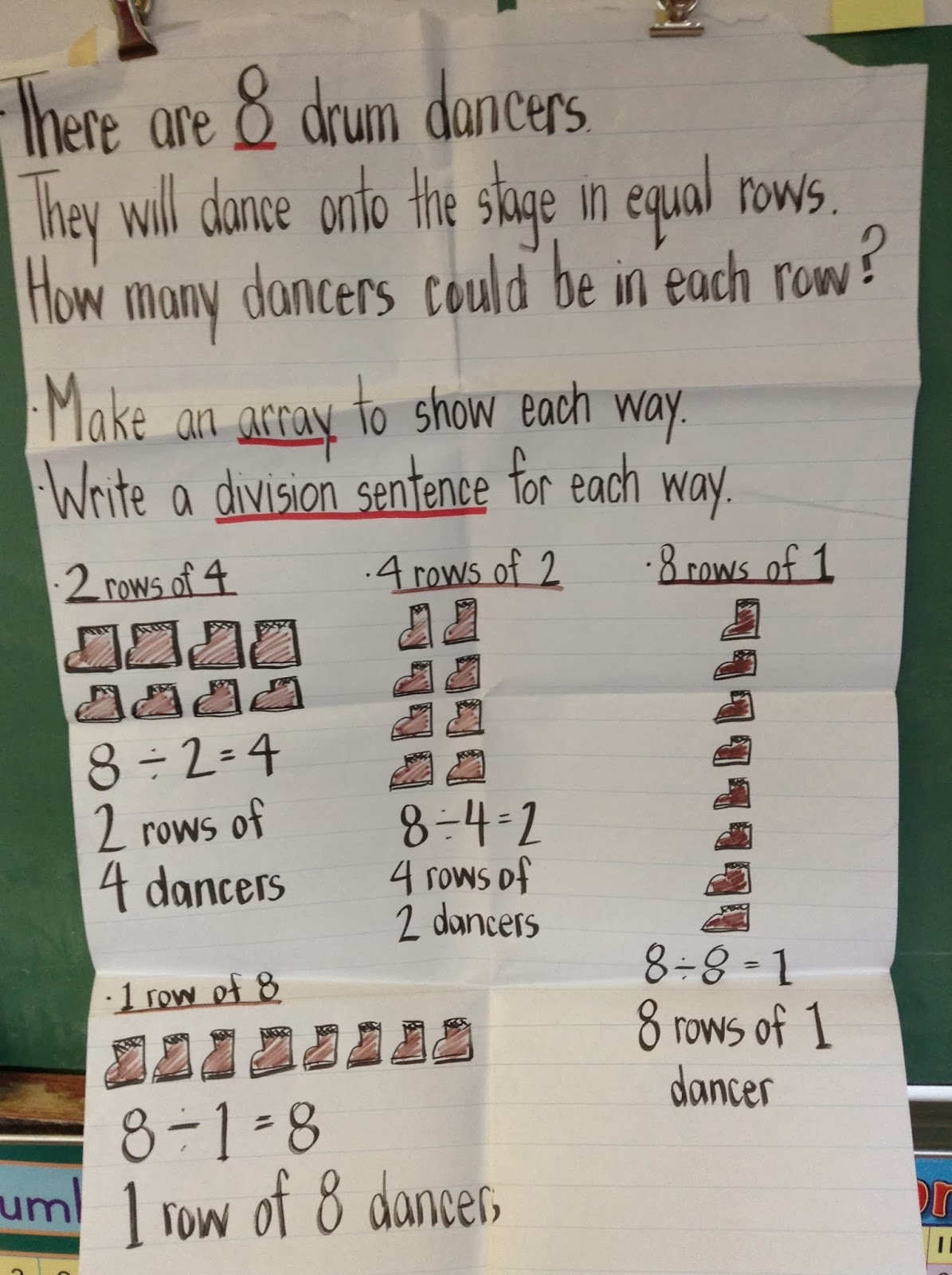 We introduced the students to the MathTappers iPhone app called Multiples. It has options for working with different levels of factors and practicing both multiplication and division, with ten frames and hundred charts as visual supports. 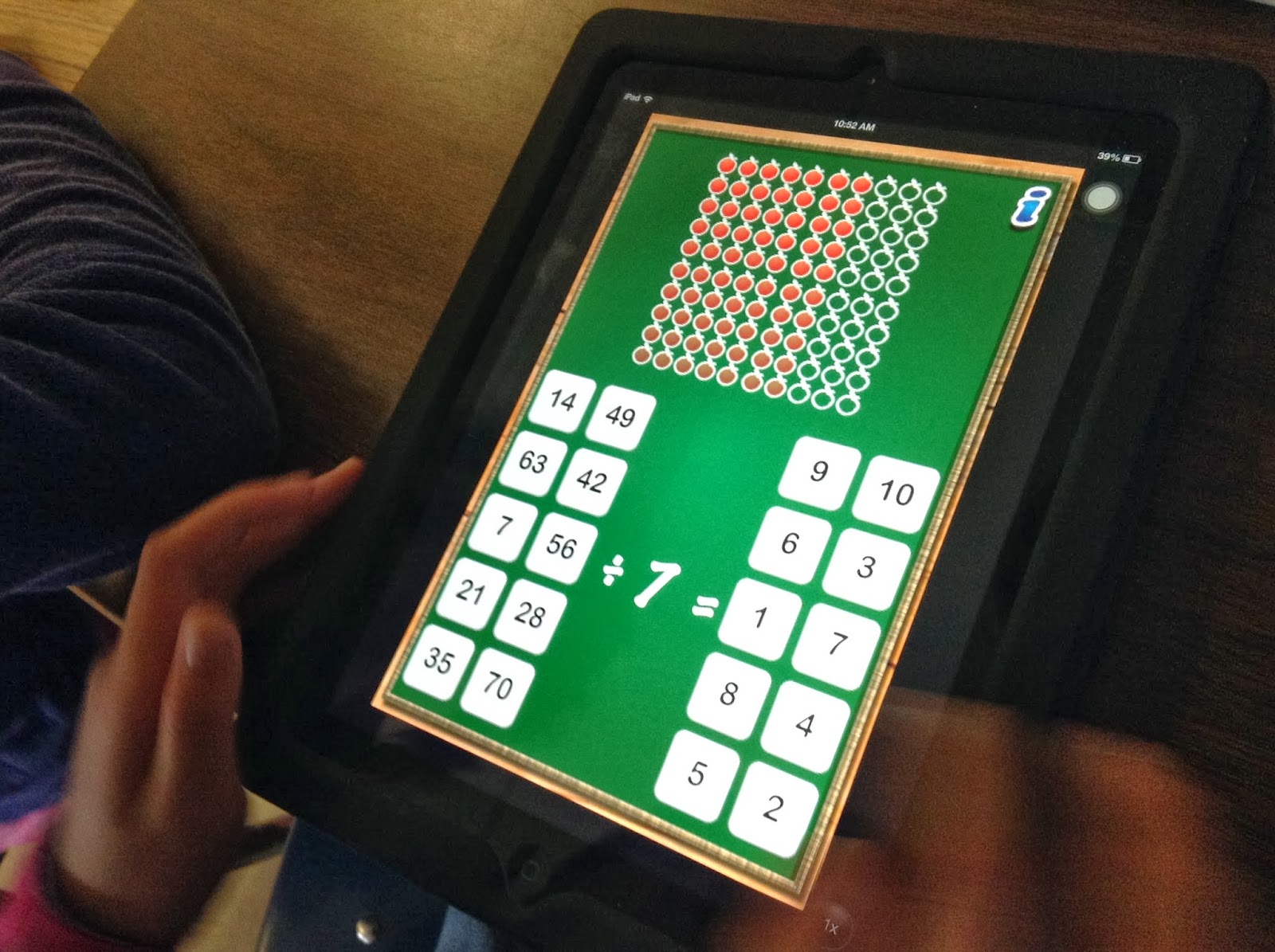 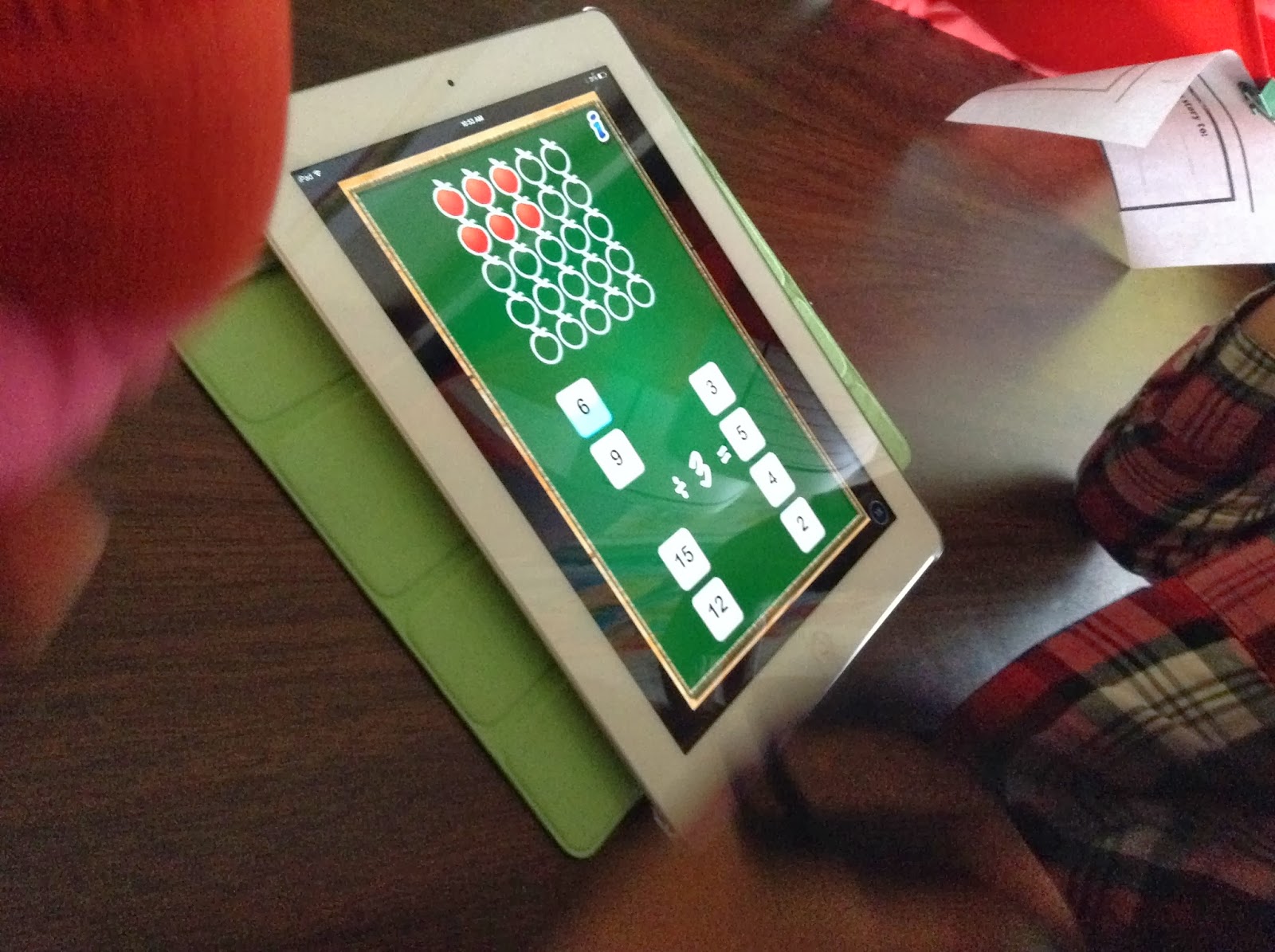 The students then worked together, creating three different arrays using math materials. They learned how to take photographs with the iPads and then import these photographs into an app. 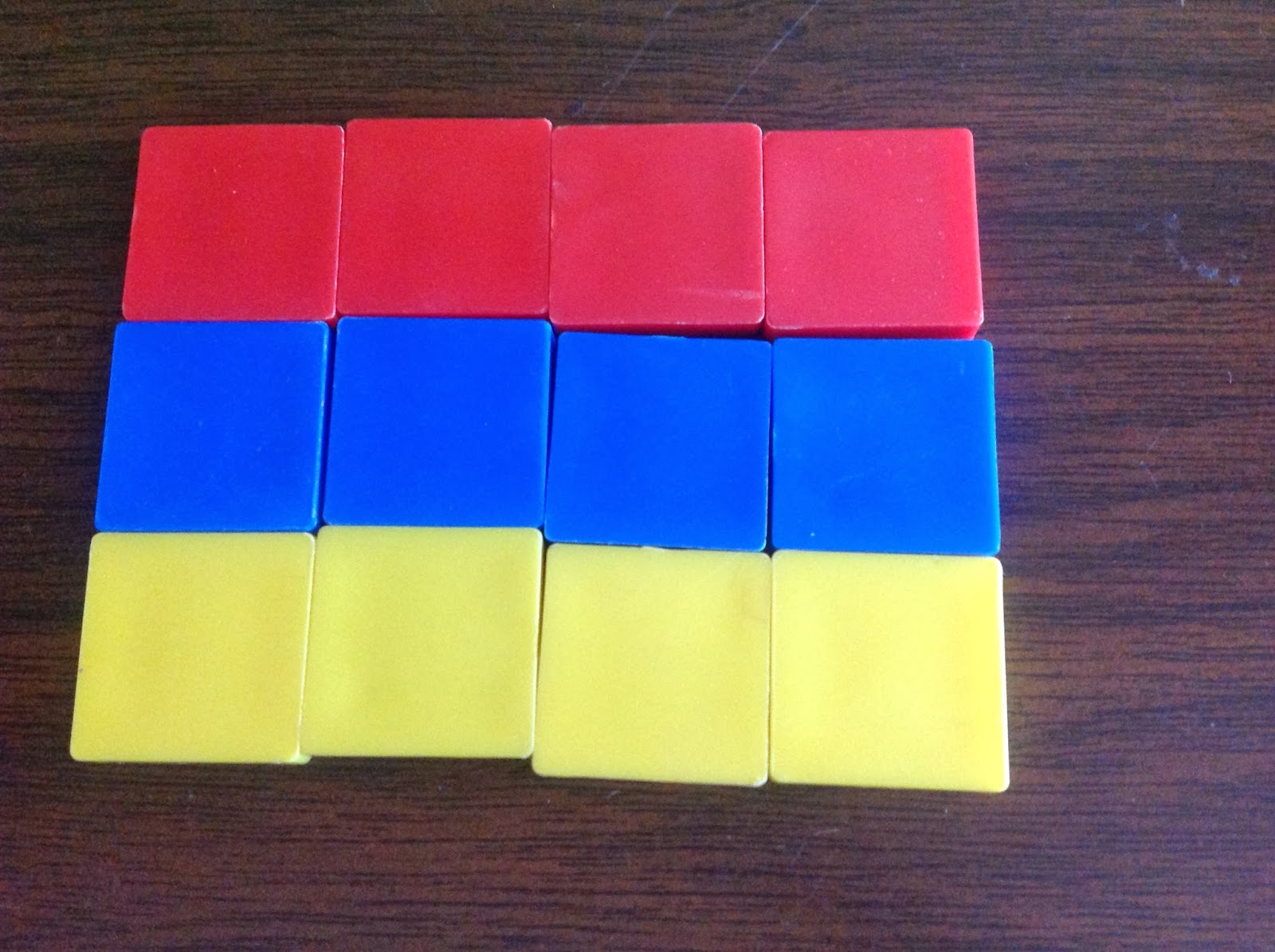 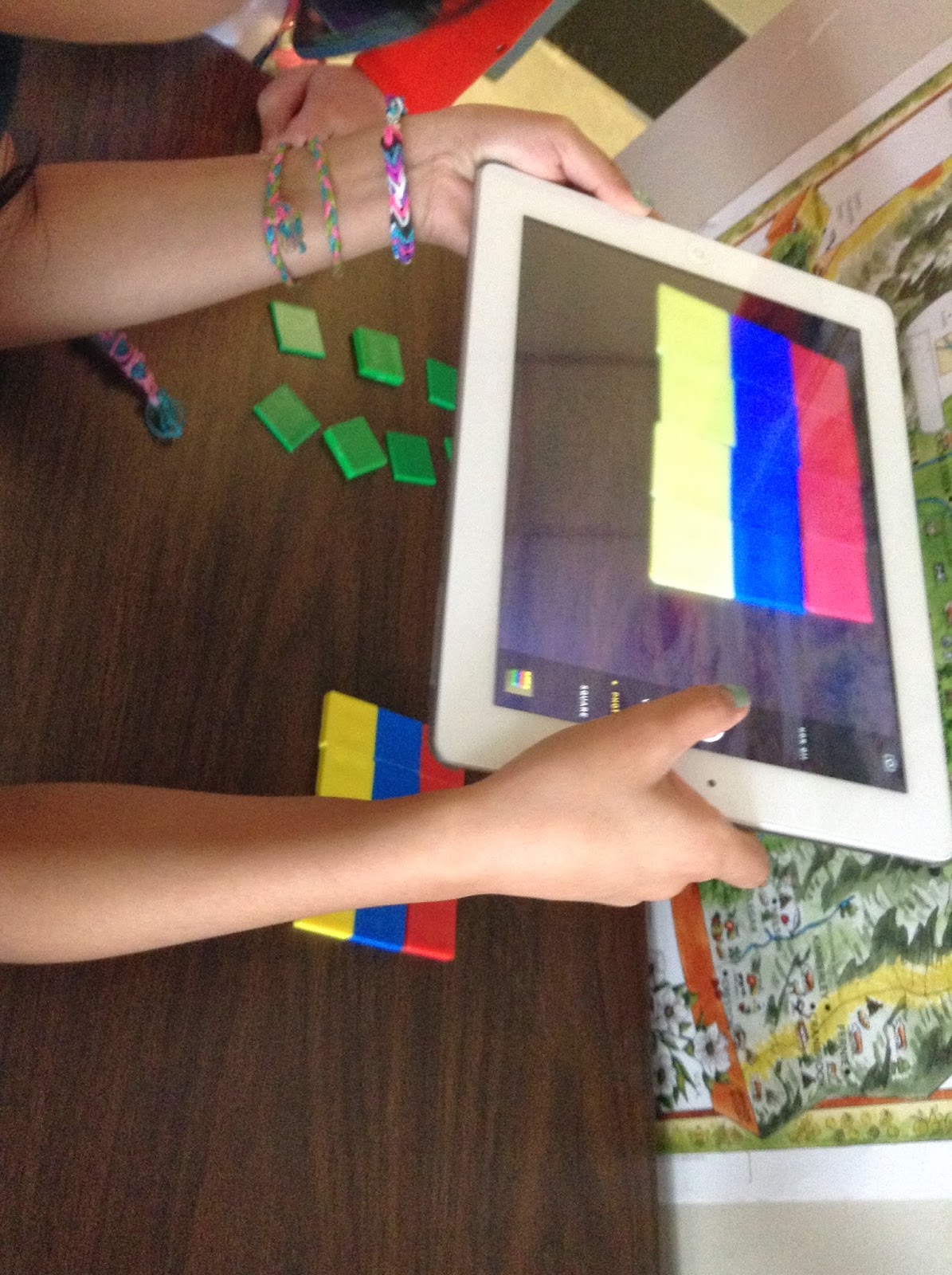 We then taught the students how to use the doceri app to use photographs, diagrams and the students’ voices to represent and share their understanding of multiplication and division through the use of arrays. 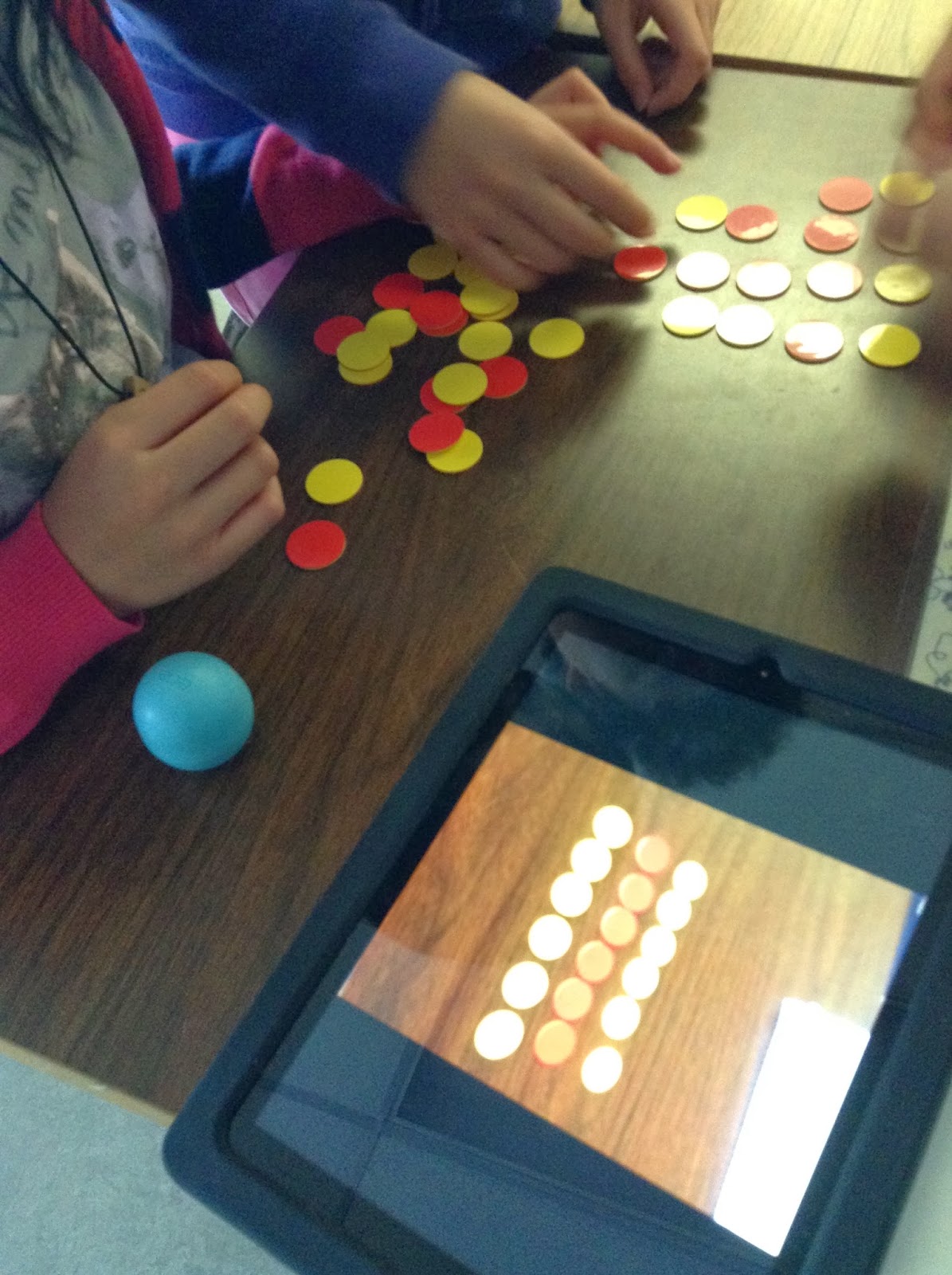 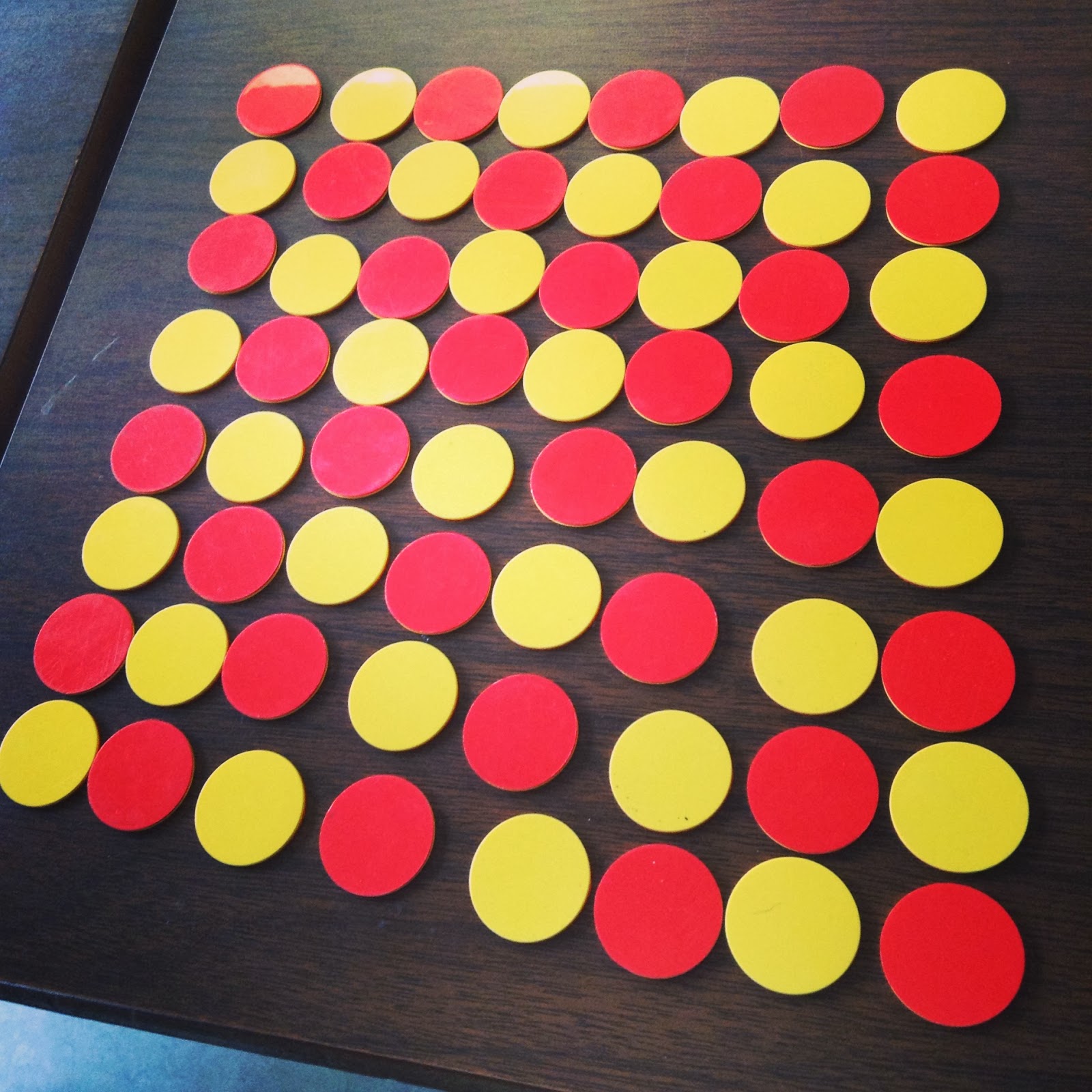 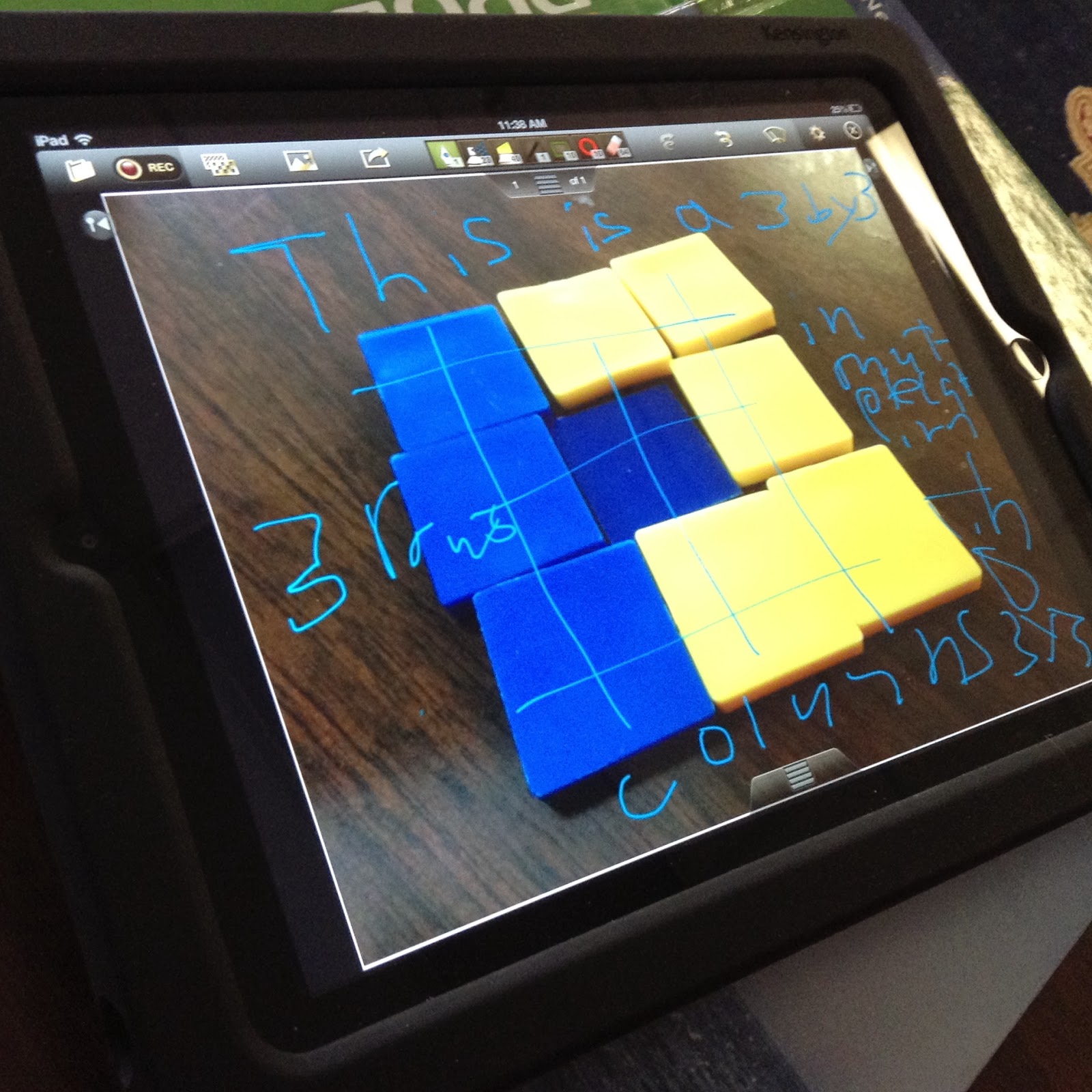 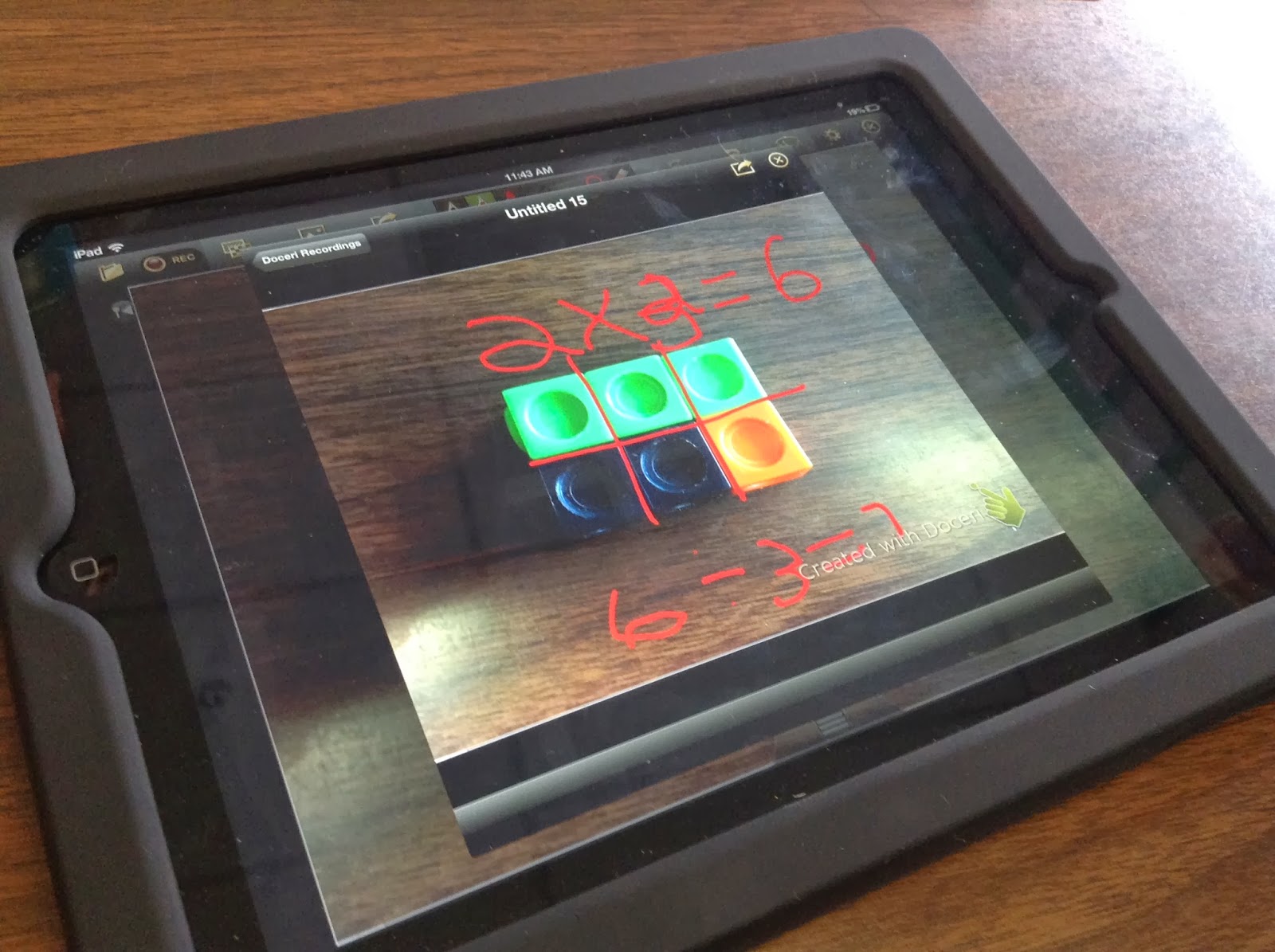 Some students preferred preparing a script that they could read as they recorded their voices on the iPad. 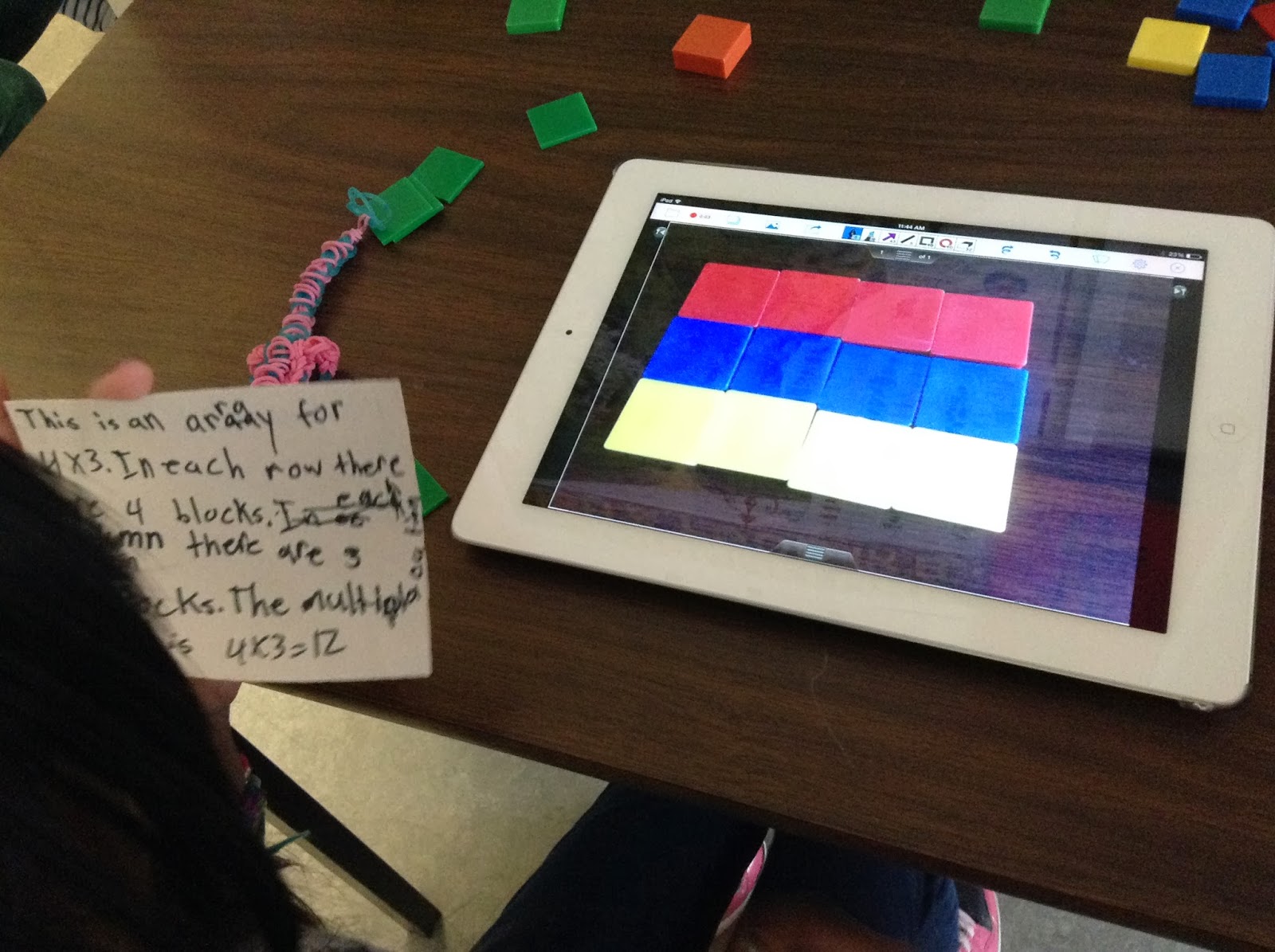 Here are some examples of the students’ screencasts:
These screencasts reveal a “first-timers” use of the app – figuring it out, seeing what it can do. Most of the students described multiplication and division equations for the array they had photographed. A further extension (maybe for second-timers) would be to further explain their thinking about the connection between multiplication and division and how an array supports their understanding.
When we asked the students what they liked about using the iPads, one student commented that he was having fun but then he realized he was learning at the same time. As educators, we know that engagement leads to higher rates of learning and retention of information and these kinds of experiences that are hands-on, minds-on and collaborative are highly engaging for students.
~Janice